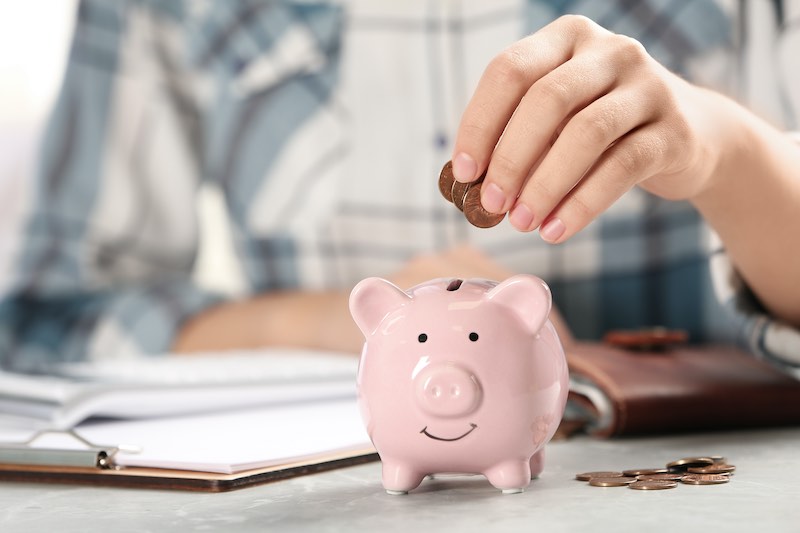 Britons are still hoarding cash while riding out the economic upheaval of the pandemic, although banks aren’t rewarding them much for their deposits.

Households increased their cash deposits by £6.8 billion in September, taking the total amount deposited since the beginning of the pandemic in March to £88 billion, the Bank of England’s latest Money and Credit report has revealed.

Continuing a trend seen throughout the coronavirus crisis, most of this money was paid into easy-access accounts, suggesting that savers want immediate access to their funds if their financial situation changes.

But after trending downward for months, the interest paid on these deposits slipped still further in September. Instant access accounts pay an average of just 0.13%, the lowest level seen since the Bank of England began collecting the data in 2016. Many savings accounts from high-street banks now pay just 0.01% interest.

Those who are willing to lock away their money for longer can earn an average of 0.56%.

Laith Khalaf, financial analyst at AJ Bell, said: “Savers are hoarding cash even though rates are at record low levels. Money that might in normal times have been spent in pubs and restaurants is being ploughed into the bank for a rainy day.

“However, we’re getting to the point when a bank account is about as useful as a mattress when it comes to paying interest. Even though inflation is also low, much of the money squirrelled away into cash savings is slowly losing its buying power.”

Low interest rates reflect the historically low base rate, cut by the central bank in March to 0.1% to stimulate the economy.

Although rates are low, savvy savers can still earn more interest by switching to another savings provider or stashing their money in longer-term accounts, sacrificing the flexibility of easy-access accounts. Earlier this momnth, investment platform Hargreaves Lansdown calculated that savers could earn 96 times more interest by switching from a high street savings account to the top buy on the market. Failing to seek out better rates on their savings is costing savers a collective £7 billion in interest each year.

The Bank of England’s figures also show a scramble to take advantage of a thawed housing market and the stamp duty holiday. Mortgage borrowing grew from £3 billion in August to £4.8 billion in September, as mortgage approvals for home purchases rose to 91,500. This is despite lenders being deluged with mortgage applications while many of their staff are still working from home, leading to weeks-long waits for approval.

The lengthy waiting times have raised concerns that many won’t be able to complete their purchases before the stamp duty relief ends in April 2021.