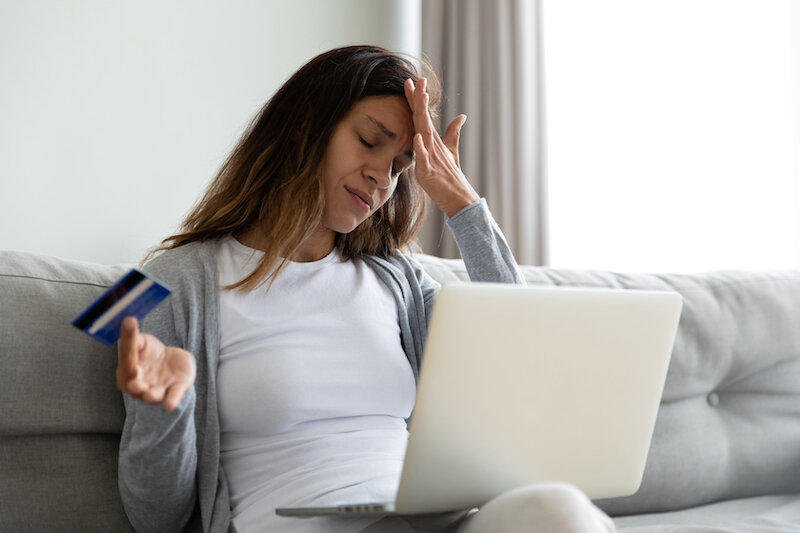 Banks tell 77% of fraud victims that they’re partly or fully responsible for their losses, making them ineligible for reimbursement, new figures from the Lending Standards Board (LSB) reveal.

A voluntary code, entitling victims of authorised push payment (APP) fraud to compensation, came into place in May 2019, supported by most of the UK’s largest banks and building societies.

In authorised push payment fraud, also called bank transfer scams, consumers are tricked into sending money to a bank account controlled by criminals. Consumers often believe they’re paying for legitimate goods or services, such as paying a solicitor or tradesperson. Because they’ve authorised the payments, victims aren’t protected by other fraud compensation schemes.

Data from digital payment provider Shieldpay estimates that four million Britons have fallen victim to these types of cons, losing an average of £1,387.

Under the voluntary code, if the bank or building society is judged to be at fault for losses, it refunds the customer. In some cases, banks accept partial responsibility and give victims some of their money back.

If neither the bank nor the customer is found to be at fault, victims reimbursed out of a no-blame pot funded by all participating financial institutions.

However, data from the Lending Standards Board, which oversees the code, suggest that reimbursement levels are too low and vary widely between banks.

In cases handled between 28 May 2019, when the code launched, and 1 July 2020, customers were found to be fully at fault 60% of the time, meaning they aren’t entitled to reimbursement. Two firms, which aren’t identified in the data, held fraud victims liable for more than nine out of ten payments.

Victims of investment scams, who are conned into investing in worthless or non-existent assets, are the least likely to get their money back. Banks found the customers at fault in 67% of these cases.

In purchase and advance fee scams, in which people are tricked into paying for goods or services which they never receive, banks hold the customers liable 65% of the time. Victims of romance scams are judged responsible in 61% of cases.

Additionally, the published data anonymises the banks so consumers don’t know how sympathetic their financial institutions are to victims of fraud.

Which? magazine has called to an end of this “cloak of anonymity” and for the government and regulators to impose mandatory standards of consumer protection.

Gareth Shaw, head of money at Which?, said: "It’s clear that a voluntary code is simply not enough to protect victims who can lose life-changing sums of money to bank transfer scams, and the current system lets banks benefit from a cloak of anonymity when they report their reimbursement rates.

“The regulator must work with the government to establish mandatory standards of consumer protection for all banks and payment providers, with strong enforcement to ensure that people are treated fairly and consistently.”

TSB isn’t a signatory but has separately committed to reimburse all victims of fraud.

New Drivers Can Reduce Their Insurance Premiums by Choosing These Cars