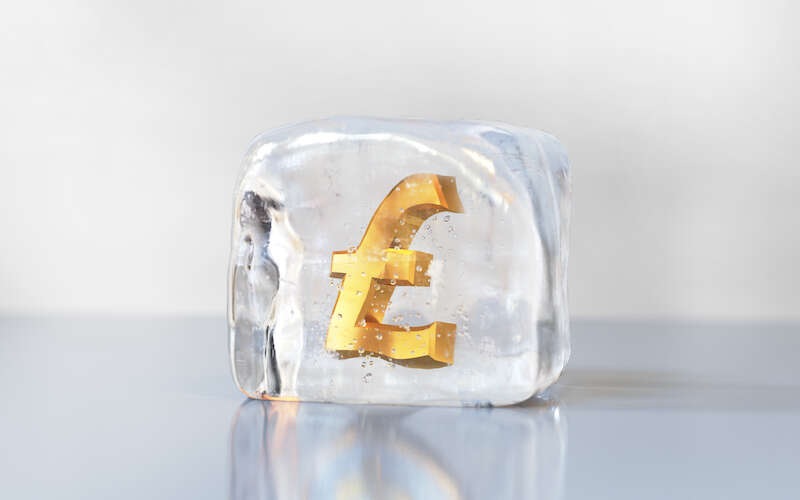 Banks Freezing Accounts for Charges As Small as £50, Customers Claim

Hundreds of consumers have claimed that overzealous banks have frozen their accounts and blocked payments over inflated worries about money laundering and fraud, according to complaints website Resolver.

More than 1,000 people have contacted the site over the past 12 months to report that their bank accounts have been frozen, blocked, suspended or closed with little explanation.

Banks often shutter or block accounts when a suspicious or large payment trips its security systems, suggesting fraud or money laundering. But many of the customers contacting Resolver said the payments that raised the alarms were in no means suspicious or even large.

In a typical situation reported to the site, banks froze accounts over payments of less than £500, or even £100. In one particularly egregious case, a customer reported their account was suspended after a friend sent them £40.

Ordinary salary payments and gifts between family and friends were also flagged. And apparently for some banks, the government is a suspicious source of money: customers report their accounts being frozen over benefits or Universal Credit payments or tax rebates from HMRC.

Once accounts are locked, customers report a struggle to regain access to their money. One in 10 people said their account had been frozen for at least two weeks by the time they contacted Resolver, often after repeatedly raising the issue with the bank directly.

A number of customers reported the struggle had dragged on for between three and six months and a few unlucky customers were still frozen out of their accounts for longer than that. Others saw their accounts entirely closed without the standard 28 days’ notice.

But when you need money to make everyday payments, including for groceries and utilities, even a few days or hours locked out of your account is frustrating and disruptive.

Many customers reported lengthy waits on hold to speak to a representative for their bank or having to phone back day after day. One customer said they had to make four calls to their bank’s fraud department, each entailing at least an hour wait and one lasting four and a half hours.

When customers finally get in contact with their bank, they’re often treated “like criminals,” with the bank assuming they were involved in fraud. Many have been asked to “prove” the transaction is legitimate and to verify their identity by providing copies of passports and other forms of identification that they already provided when they opened the account.

So why are innocuous payments triggering outsized reactions from banks? It’s down to the increased use of artificial intelligence in fraud and money laundering detection systems, Resolver said.

“From the cases we are seeing, accounts are likely being frozen or blocked because banks have developed more automation into their money laundering procedures,” the site said.

This reliance on automation is why newer, digital banks are more likely to freeze accounts, Resolver said. Three-quarters of the complaints about inappropriately blocked accounts were about increasingly popular app-based banks.

This isn’t the first time digital challengers have been accused of inappropriately locking accounts. In 2019, Monzo was the subject of a segment on BBC One’s Watchdog programme over allegations it was freezing accounts without notice and then taking an average of nearly three weeks to unfreeze them.

But a quarter were about more traditional banks, including high-street institutions, suggesting that the problem is widespread across the sector.

The fix for the problem is easy, Resolver said: putting people back into fraud detection systems.

Nikki Stopford said: “All banks need to do is have well trained and empowered staff on the front line with the power—and common sense—to identify why the account has been frozen, confirm the origins of the transaction and unfreeze the account.

“Technology can really improve our lives for the better, but in situations like this, the value of human intervention cannot be overstated,” she added.