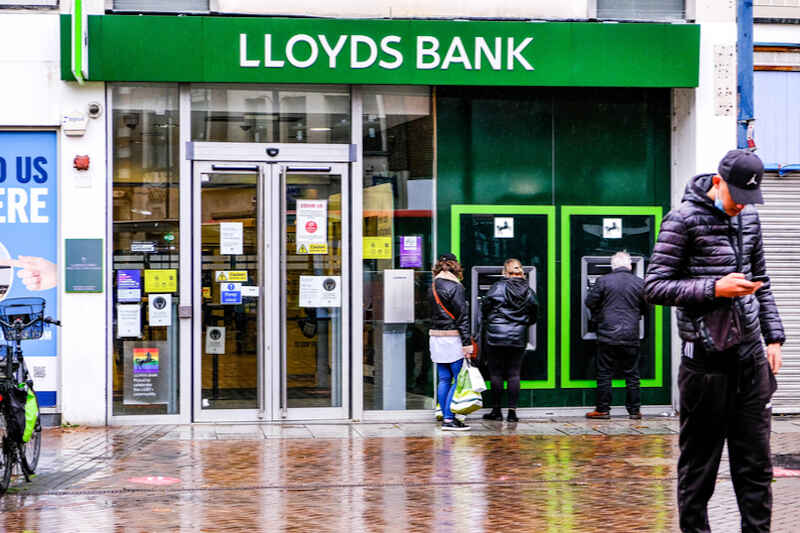 The Lloyds Banking Group announced it will shutter 41 Lloyds and seven Halifax branches between January and April 2022, in addition the 100 locations closing this year.

Despite the closures, the bank insists that customers will still have access to cash “within a third of a mile.”

Lloyds decided to scrap the branches in response to declining footfall as customers increasingly rely on digital banking. All the branches slated for closure—ranging from South Kensington to the Isles of Scilly—saw “significantly fewer customers regularly using them,” Lloyds said.

Retail director Vim Maru said: “Like many other businesses, we’ve seen people using our branches less frequently in recent years, and this decline is continuing.

“Our branches remain a fundamental part of how we serve our customers but we need to ensure the size of our branch network reflects the number of customers wanting to use them.”

However, the banking group acknowledges that some services are best delivered face-to-face. For those needs, the bank runs a specialist Home Hub for homebuyers and flagship locations in three major cities.

It’s also piloting a network of Community Bankers to support customers within their communities.

Under the scheme, a trial of which is being run in eight locations, Community Banker will be available one day each week in a town centre location, such as a library or bookshop, to support customers with tasks such as account enquiries, making payments, PIN requests, online banking queries, and appointment requests.

Sharon Graham, General Secretary of Unite, said the closures are “a complete betrayal of the communities and staff who have long supported this highly profitable business.”

The union says around 178 jobs could be affected by the latest round of closures. Lloyds reported half-year pre-tax profits for 2021 of £3.9 billion.

Unite has called for the banking industry to be given a legal responsibility to protect access to cash and bank branches.

“This sector needs to start taking their corporate social responsibilities seriously and stop neglecting their obligations to their customers and workforce,” Graham said.

This spring, Lloyds Banking Group pressed ahead with pandemic-delayed plans to shutter 56 branch locations. Another 44 locations will close between September and November this year. After these waves of closures, the banking group will have 1,475 branches (737 Lloyds locations, 553 Halifax branches, and 184 Bank of Scotland branches).

Last month, Virgin Money announced it will shutter 31 branches. PwC reports that the UK’s banks shuttered 1,400 branches between 2015 and 2020.

Klarna Revamps Service to Get Ahead of Regulation