An American institution for more than a century, Ford is also the UK’s perennial top-selling car manufacturer. Few streets won’t have a Focus or Fiesta parked on them.

Henry Ford founded his namesake company in 1903, just on the cusp of the automobile revolution, and pioneered mass production on assembly lines - now dubbed Fordism. Mechanised production allowed Ford to produce the first affordable car: the iconic Model T. Today’s Ford range has little in common with the Model T but it does have a vehicle for every driver and price point, from the ubiquitous Fiesta to the sporty Mustang, now electrified.

How to Get Cheaper Ford Car Insurance

You don’t want to pay a penny more to insure your Ford than you have to. Here’s how to reduce your costs and find cheap Ford insurance:

Comparing car insurance for your Ford with Money Expert is easy. You’ll just need to give us a few details, including:

We’ll then return dozens of quotes for your Ford from car insurers across the market. Sort through your options and when you’ve found the best Ford insurance for the best price, click through to complete your purchase. 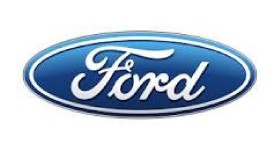