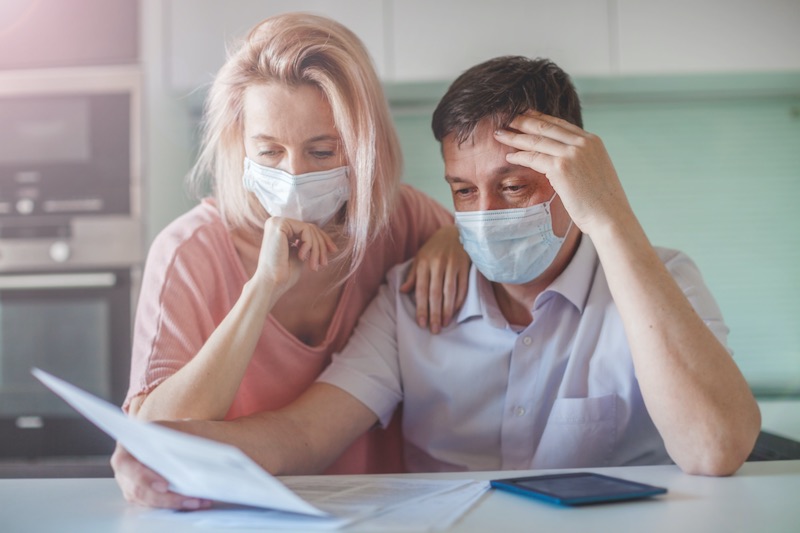 Low- and middle-income households are turning to emergency loans to make ends meet during the coronavirus jobs crisis, debt charity Stepchange has warned.

The charity’s new report, Tackling the Coronavirus Person Debt Crisis, has revealed that 14.9 million people, 29% of the adult population, suffered a hit to their finances in March when the first lockdown started. Some lost all their income after being made redundant but millions more saw their income fall after being furloughed, having their hours cut or losing clients and business.

Many of these people fell behind on bills and turned to short-term loans and other forms of emergency credit like credit cards and overdrafts to keep food on the table.

Stepchange said of the 14.9 million who are struggling, 7.1 million have fallen behind on utility, including energy, and council tax bills or borrowed money. Affected people currently average £1,365 in arrears and £1,577 in debt—a total burden of nearly £3,000.

There are more people in debt and arrears, owing more than when Stepchange last reported on the nation’s finances in June. At that time, 4.6 million had fallen behind on their bills or turned to borrowing, racking up an average of £1,076 of arrears and £997 of debt because of the coronavirus crisis.

Household borrowing and arrears related to the pandemic have rocketed by 66% since May, to a staggering £10.3 billion, the charity said.

Meanwhile, three million people are at risk of defaulting on short-term loans they took out to cope with the pandemic, leaving them at risk of spiralling debt.

The number of people in severe debt has already nearly doubled since March, to 1.2 million.

Many people are turning to the state to get by, but the help available isn’t sufficient, Stepchange warned.

Of those who have applied for universal credit since March, 24% are in severe problem debt and another 28% are showing signs of financial difficulty.

Last month, a parliamentary committee criticised the universal credit (UC) system, which it said was driving many families into the arms of payday lenders because the first payments take five weeks to arrive.

StepChange has said the situation has the potential to worsen further, as support schemes dry up, payment holidays lapse and job losses mount.

Chief executive Phil Andrew said: “This report paints a picture of a nation sleepwalking into a debt crisis. Despite a bold initial reaction to the pandemic, the government and financial services sector’s toolkit of responses has not evolved, and the result is a spiralling number of people being plunged into debt due to Covid-19. And the worst is yet to come.

“This winter, a second national lockdown will drive unemployment, reduced hours and rising energy bills, all of which is hampering economic recovery. Without a bold, long-term vision for those financially affected by the pandemic there is a real danger of lasting economic and social damage that will deepen inequality, jeopardise the government’s levelling-up ambitions and act as a drag on economic recovery.”