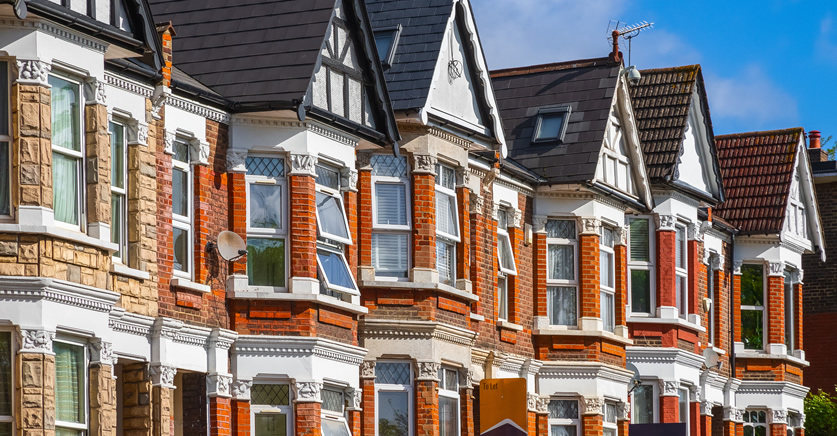 No-Deal Brexit Could Cause Crash in House Prices

House prices could fall by up to 20% next year if the UK leaves the EU without a deal next month, according to accountancy firm KPMG.

The latest report from KPMG has predicted that if there was to be a no-deal Brexit on October 31, average house prices in the UK will drop next year by between 5.3% and 7.5%. However, the firm also warned that falls of over 10% and up to 20% were ‘not out of the question’. But if a deal is reached between the UK and the EU, it is predicted that house prices could actually rise by 1.3% next year.

According to the report, the biggest falls in house prices after a no-deal Brexit will likely be seen in London and Northern Ireland. In the capital, the average price of a home could fall by 7% to £422,000 by the end of 2020, while in the Northern Ireland average house prices could fall by around 7.5%. The areas least affected by a no-deal Brexit are predicted to be Wales and the East Midlands, with drops of around 5.4% expected for each.

Yael Seflin, chief economist at KPMG, said: “A no-deal Brexit will see households’ finances more under strain, with any rises in earnings likely to be more subdued and higher inflation depressing their purchasing power even further. Even if Brexit can be resolved relatively smoothly, the travails of the global economy will impact growth in the UK, making prospects for house prices relatively subdued.”

However, while a no-deal Brexit is predicted to cause disruption to the UK economy, KPMG said the housing market is in better shape now than it was during the last crash in 2008, when average prices fell by 15%. Back then, house prices made up a greater proportion of average wages in most regions of the UK than they are now. Also, when house prices fell by 20% during the 1991 recession, mortgages were much more expensive than they were now, with the Bank of England setting a base rate of 14% back then.

“Overall, while a no-deal Brexit could dent property values in the short-term, it may make less impact on one of the fundamental factors driving the market: the stock of regional housing,” said the report. “Housebuilders are expected to reduce the supply of new housing in some regions in the short term as a response to a deteriorating economic outlook. So, while there will be fallout from the initial economic shock following a no-deal Brexit, the market is expected to recover most ground in the long run.”