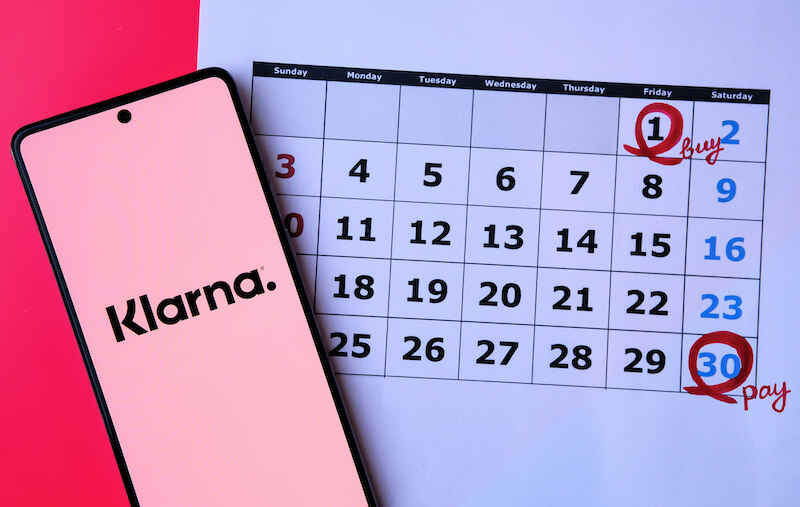 Klarna to Report Payments and Debt to Credit Reference Agencies

Buy now pay later giant Klarna will start reporting UK customer debts to credit reference agencies from June, a change that could impact shoppers’ ability to qualify for credit from next year.

The change follows two years of talks between the Swedish fintech company and credit agencies Experian and TransUnion and comes amid scrutiny of the booming BNPL sector by regulators and politicians.

Klarna already reports to credit reference agencies customer use of its long-term Klarna Financing product, which spreads payments for larger purchases over six to 36 months. However, it hasn’t previously reported customer use of its more popular Pay in 3 (instalments) and Pay in 30 (days) products. It does sometimes refer customer debt to collection agencies, but has said that even in those cases "less than 0.1% of Klarna UK customers have had their credit score impacted as a consequence of missing payments".

From 1 June that will change. Klarna will start sharing data about both on-time and late payments and unpaid purchases with Experian and TransUnion, which will include them on credit files. That means loan and credit card providers will be able to see BNPL transactions and any debt when they perform credit checks on applicants.

But while the data will appear on credit reports from June, it won’t start impacting credit scores for 18 months, or until late 2023. From that point, a missed payment on a Klarna scheme could impact customers' ability to qualify for loans including mortgages and the interest rates they pay for that credit.

“We are pleased to help protect our UK customers and continue to cement our leadership in responsible lending, now the credit reference agencies are in a position to accept our data,” said Alex Marsh, head of Klarna UK.

Including BNPL plans on credit files was one of the chief recommendations made by regulator the Financial Conduct Authority (FCA) when it reviewed the sector in 2020. However, there's no formal requirement for data-sharing yet/

This year, the UK’s three credit reference agencies, Equifax, Experian and Transunion, all announced plans to incorporate the payment plans on credit files. However, Klarna is the first major BNPL player to confirm that it will share the data.

The firm said it hasn't "waited for regulation in the UK before introducing major policy changes that support consumers and provide greater visibility on the use of BNPL products."

Incorporating BNPL plans to credit files would be helpful for customers, who could use them to build credit scores rather than relying on credit-building credit cards, Marsh said.

“It is alarming that UK consumers are still being forced to take out high-cost credit cards to demonstrate they can use credit responsibly and build their credit profile,” he said.

“That will start to change this year as the vast majority of the 16 million UK consumers who make Klarna BNPL payments in full and on time will be able to demonstrate their responsible use of credit to other lenders.”

But while many BNPL agreements don’t come with fees or interest payments if you make payments on time, falling behind can be costly.

Consumer advocates have also raised concerns that users don’t understand the risks of BNPL agreements, which are pushed at nearly all online checkouts.

“With currently little to no information or warnings about the risks of incurring late fees or getting into debt, it raises concerns that many shoppers do not fully understand the products they’re using,” said Jenny Ross, money editor at Which?.

Ross welcomed the inclusion of BNPL agreements on credit files, which she said “could help mitigate the risk of consumers taking on more BNPL credit than they can afford.”

"However, this does not remove the urgent need for government regulation of all BNPL firms to follow as quickly as possible to ensure users are properly protected,” she said.

The Treasury has been consulting on regulations for the sector, which will likely include the requirement that BNPL providers conduct creditworthiness assessments before offering customers finance. However, these rules aren’t likely to come into force until 2023.

Interest Rate Hikes May Push Mortgage Payments up by £1,000 a Year, Chancellor Warns