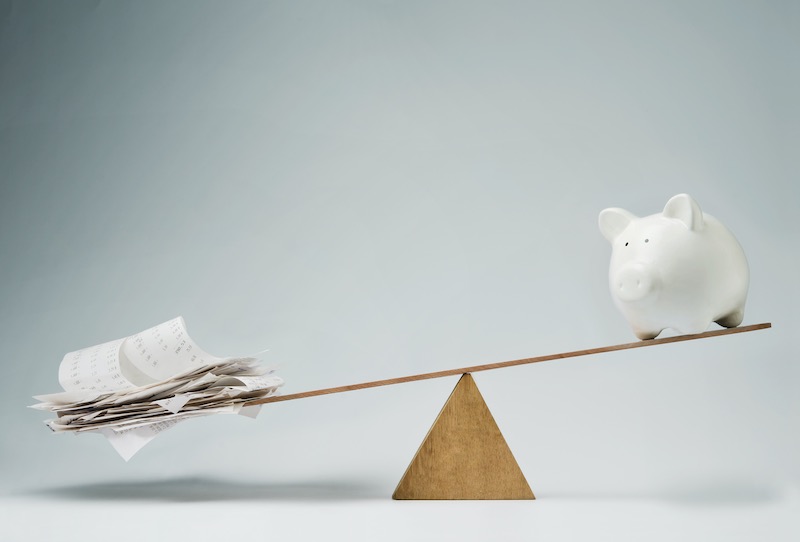 The recent findings reversed trends seen earlier in the pandemic.

Despite furloughing and layoffs, Britons paid back more than they borrowed for four consecutive months between March and June, according to the Office for National Statistics (ONS).

While some households were incurring debts and defaulting on bills, others took money they would have otherwise spent on commutes, restaurants and nights out and used it to secure their financial position. The Bank of England found that households saved a collective £57.3 billion between March and May. Other data revealed that Britons cleared a cumulative £9.4 billion off credit cards between March and June, while Experian extrapolated from its own data that Britons cleared, an average, £2,000 of debt during the strictest phase of the lockdown.

But this summer the trends reversed. In July consumers borrowed £20.9 billion more than they saved. In August, new debts outpaced savings deposits by £21.3 billion, according to ONS figures.

Other markers of the nation’s financial health also worsened over the summer. At the end of July, 36% of those surveyed said they were unable to save for the year ahead. A third said they wouldn’t be able to pay an unexpected £850 bill, up from 26% in mid-June.

At the end of July, more than one in five parents said they were having to use borrow money or use credit more often than they had before the pandemic.

Those trends of “worsening financial resilience for the overall population continued” in August and September, the ONS found.

Figures published last week found that among the fifth of Britons who said their finances were impacted by the pandemic between 16 and 20 September, a quarter were dipping into their savings to cover living costs. 29% were unable to save as usual and nearly a fifth were borrowing or relying on credit to make ends meet. All of these measures had increased since mid-August.

Peter Tutton, head of debt charity StepChange, said: “Data showing that people continued to borrow more than they repaid on consumer credit in August is just the latest indicator that not everyone is experiencing the same effects in these difficult days.

“Our research has clearly shown that the hardest-pressed households are turning to additional borrowing to make ends meet.”

The charity revealed that nearly four in five people who sought its advice last month were in debt on at least one credit card, up six percentage points since June.

15% blamed the coronavirus pandemic for their debt, and 17% attributed their financial difficulties to the loss of a job.

Britons’ increased reliance on credit and borrowing was confirmed by figures from Experian. The credit reference agency detected a 16% increase in credit card applications between May and August and a further 16% rise between August and 16 September.

Household finances are expected to deteriorate still further as holidays on mortgages, credit cards and loans end by 31 October, the same day the furlough scheme ends and is replaced by the less generous Job Support Scheme.