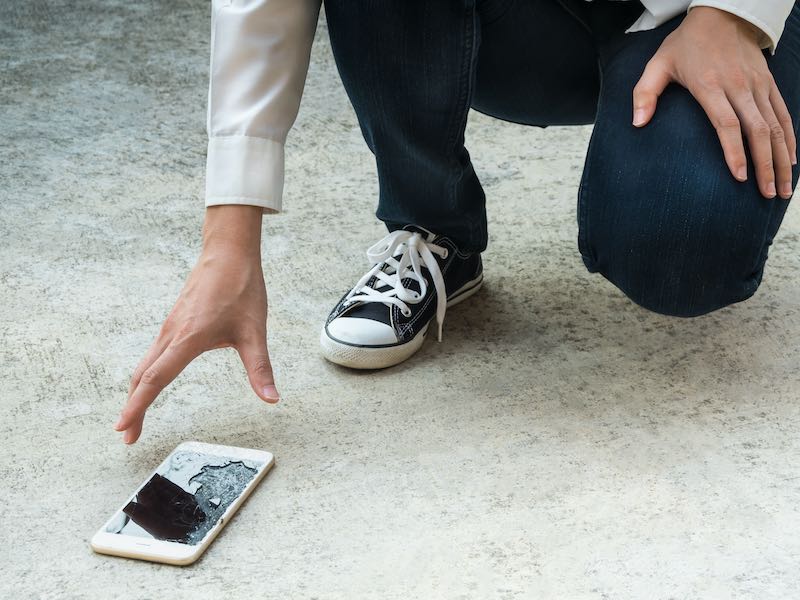 10 Ways You Might Be Invalidating Your Mobile Phone Insurance

Smartphones are more expansive than ever, but more than three-quarters (76%) of Brits don’t have theirs insured, gadget insurance specialists Insure2Go has revealed.

Even among the quarter of Brits with insurance for their handsets, many are inadvertently invalidating those policies, meaning their claims for theft and damage may be rejected.

Richard Gray, Head of Digital Marketing at Insurance2Go, said: “Having a smartphone is the norm for many, but so many leave them unprotected, either willingly by not taking out a policy or simply by inadvertently invalidating their claim.

“It’s really important to thoroughly read and understand the terms and conditions of your mobile phone insurance policy. You should fully understand what is required of you if your phone is stolen and what everyday activities could mean your claim is invalid."

Insurance2Go is cautioning mobile users that the following actions may infringe on their mobile insurance policy’s T&Cs.

“We hope sharing these tips can help make sure mobile phone owners don’t get caught out by a simple mistake,” Gray added.

Many mobile phone insurance policies exclude coverage for damage, destruction or loss arising from riots, strikes, civil unrest and terrorism. That means if your phone is smashed on a protest, you might not be able to claim for its repair.

You can certainly join the wave of Black Lives Matter and climate change protests sweeping the world, but you might want to leave your main mobile behind. Many activist groups recommend protestors take a cheap burner phone to protests, so you can remain in touch with friends and document events but so your personal data is protected if you’re arrested and your gadgets confiscated and searched.

2. Letting someone else use your phone

You might be tempted to hand your mobile device to your friend with the smashed iPhone so she can make a call, but lend with care. Many policies don’t cover damage or loss of mobile devices when they’re possession of anyone outside of your immediate family, even with your permission.

3. Delays in reporting your phone missing or stolen

If your phone is stolen, whether in the UK or abroad, you should report the loss to the police, either online or at a local station. When you do so, you should receive a crime reference number, which some insurers will require to process your claim.

If you delay reporting your device stolen, to either the police or your insurer, your claim for its replacement might be rejected. Insurers will have different time frames so read the fine print of your policy to see how quickly you need to report a theft and what information your insurer needs to process the claim.

You can’t help how old you are, but most insurers require you be at least 18 to purchase and claim on a mobile phone insurance policy. But with children getting smartphones while still in primary school, that means potentially millions of phones can’t be insured—at least by their primary user. Fortunately, some insurers allow parents to insure devices belonging to children who live with them permanently, provided they purchased the device.

5. Jailbreaking or rooting your phone

Jailbreaking is when iPhone users remove the software restrictions Apple has placed on iOS devices, allowing them to install other apps and software not validated by the App Store. Rooting is the same process on an Android phone. Insurers don’t like jailbreaking or rooting because it reduces the phone’s security and could give hackers a point of entry into your phone, allowing them to remotely implant malware.

If your phone has been jailbroken or rooted you’ll have to disclose that when you apply for insurance. Failing to do so can invalidate your policy.

6. Not having proof of usage

Most insurers won’t cover a device that hasn’t been used. When you make a claim you’ll sometimes need to demonstrate the device has been in use since you took out the policy. No, your fingerprints all over the screen won’t cut it. Your mobile provider can certify your device has been in use. Make sure any proof of usage they give you includes your phone’s IMEI, its unique identifying serial number.

7. Not taking reasonable precautions against theft

Insurers won’t pay out on claims of theft if they believe you’ve been careless—for instance, if you've left the device in plain sight in your car or unattended on a table at a restaurant.

If your phone is snatched from your car, insurers will often check if you were keeping the device out of view and with all the car’s doors and windows locked and all security systems activated. So they may want to see a repair invoice demonstrating that the vehicle was forcibly broken into.

Many of us think little of having a cracked screen replaced at a high street phone repair shop. But insurers are worried about botched repairs. Any repairs not performed by repairer authorised by the manufacturer can invalidate your phone insurance policy, meaning you won’t be able to claim on it in the future.

9. Making too many claims

Insurers cap the number of claims you can make within a certain period of time. This is often the case if you’ve taken out a policy directly from your network provider. For example, Three limits you to three claims within 12 months.

10. Not paying your premiums

As with any insurance policy, if you fail to keep up with the payments, the policy will be cancelled and you won’t be able to claim on it.