The most basic kind of car insurance that you can get is third party insurance. This covers you in the event of any damage caused to a third party or their property; a car that you crash into, for example.

Third party insurance will not cover you against damage to your own vehicle though, and so you may want to opt for a higher level of cover, depending on what you think you’ll need.

What will third party insurance cover me for?

If you take out a third party insurance policy, you’ll be covered against any damage you cause to anyone else or their property, including your passengers.

So if you crash into someone else’s car, or drive into someone’s garden wall, the costs of repairs will be paid out by your insurer.

What will be missing from a basic third party car insurance policy, though, will be cover against any damage to or theft of your own vehicle.

What alternative levels of cover are available?

As a general rule, given that basic third party insurance offers the minimum cover possible, such policies tend to be the cheapest car insurance on the market.

However, this doesn’t necessarily mean that you are getting good value; you may find that if you go for a policy offering more cover, you actually get more for your money.

This is because statistically speaking, drivers with only third party cover actually tend to be involved in more accidents, or at least make more claims, than those with, say, a fully comprehensive policy. This leads insurers to bump up the premiums to account for the increased number of pay-outs being made.

See how much you could save

How to get cheap third party car insurance

One of the best ways to keep your premiums low is to build up a good no claims discount by driving carefully and safely over time. This can take a while though, of course, the longer the better, but the discounts you get are often very large. 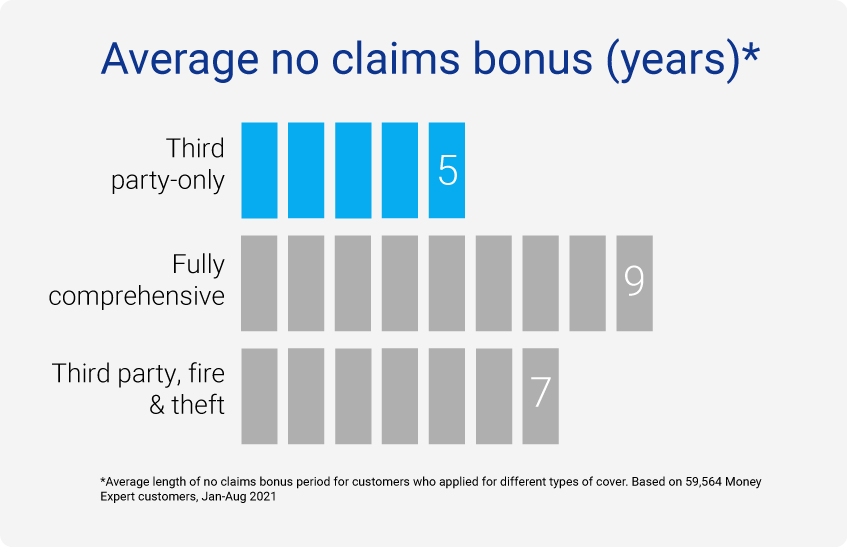 Whether or not you have a no claims discount built up, if you want to make sure you get the cheapest third party cover available, you’ll need to shop around online. By using our third party car insurance comparison service, you can do just this with little effort and lots of reward. Just let us know what kind of policy you’re after, and we’ll bring you up a list of the best car insurance quotes on the market that meet your requirements.

Is it mandatory to get third party car insurance?

Third party insurance is generally the cheapest insurance option, but this isn't a hard and fast rule. In some cases, comprehensive insurance can be cheaper. An example of this is in young driver insurance. Many young drivers, who are considered a high-risk group, take out third-party insurance. If a large amount of these drivers are then involved in accidents, and claim on their third party insurance, the cost of the policies they have will consequently go up, and in some cases this means comprehensive policies can be cheaper!

Should I get fully comp or third-party insurance?

A general rule would be to decide on the minimum level of cover you need personally. For example, if you need your insurance to cover the cost of repairing your car in case of an accident, you should get fully comprehensive insurance. If your car isn't too expensive to repair, and you want to save some money up front on your premiums, third party might be the way to go. Once you've decided the minimum insurance level you need, run a car insurance comparison to see which policy will work best for you.

What are the three types of car insurance?

The three main types of car insurance available in the UK are third party only, third party fire and theft, and fully comprehensive. Third party only insurance covers you for damages to another car when you make a claim. Third party fire and theft insurance covers you for this, as well as damage to your car by fire, and to replace your car if it is stolen. Fully comprehensive covers all of this, as well as damages to your own car if you have an accident.

What does “hit by third party” mean?

This is the term used to show that an accident was the fault of a third party (another driver), for example if another motorist drives into the back of your car at traffic lights. In some cases, this means your insurer can reclaim the payout from the third party's insurer, allowing you to maintain your no claims bonus.

What is third party only insurance?

Third party only is the minimum insurance level allowed on UK roads. It covers you for damages to another driver's car if you’re involved in an accident. However, it won't cover you for any damages to your own car, or the contents of your car. It's therefore generally only taken out on vehicles that are fairly cheaply repaired or replaced.
Recent News

*51% of consumers could save £333.50 on their Car Insurance. The saving was calculated by comparing the cheapest price found with the average of the next four cheapest prices quoted by insurance providers on Seopa Ltd’s insurance comparison website. This is based on representative cost savings from September 2022 data. The savings you could achieve are dependent on your individual circumstances and how you selected your current insurance supplier.
** 92% of 16,077 reviews from TrustPilot gave an “Excellent” or “Great” rating, as of October 2022. Overall rating on TrustPilot was 4.6 / 5 as of October 2022.
*** Correct as of July 2021