Volkswagen, a German car manufacturer, is known for its precision engineering and high-performance vehicles. But the “People’s Car” brand claimed its place in history with some truly groovy vehicles, including the whimsical Beetle and the iconic 1960s Westfalia Camper.

But VW is hardly retro, with the versatile Golfs and Polos regularly ranking as some the UK’s most popular cars today. The Volkswagen brand was tarnished by the recent emissions scandal but has largely recovered, although drivers are still avoiding diesel models. And now Volkswagen has given motorists another alternative to petrol, rolling out electric versions of its most popular models and taking impeccable Volkswagen engineering into the 21st century.

How to Get Cheaper Volkswagen Car Insurance

Golfs and Polos are economical to insure, but because they’re imports they might be a little more expensive than other cars in their classes. Fortunately, you can take the following steps to reduce Volkswagen car insurance costs:

To find cheap Volkswagen insurance, you should compare as many quotes from as many insurers as possible. Money Expert makes shopping around easy, fetching you a personalised list of quotes from across the insurance market. To use our car insurance comparison engine, you’ll need to supply the following information: 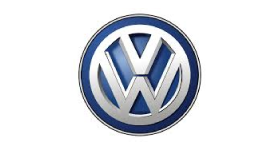