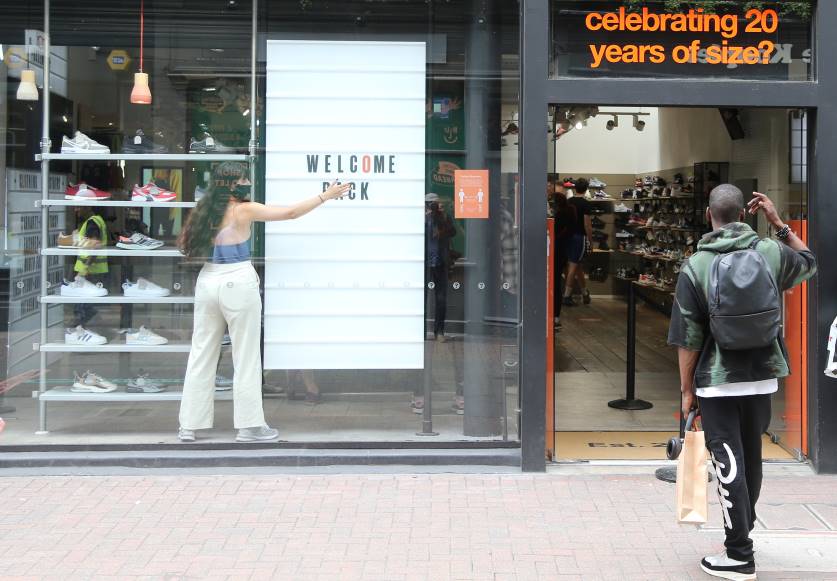 Retail sales in Britain have continued their upward trend for the fifth month running.

Retail sales volumes between August and September rose by 1.5%, according to Office for National Statistics (ONS) data.

Sales volumes increased 17.4% from June to September compared to the previous three months - the biggest quarterly increase since records began.

Despite the growth, analysts warn that the trend is unlikely to hold as many parts of the country are going into lockdown once again.

The official figures show that non-food products, such as garden and DIY supplies, have helped boost numbers.

"While food sales have done well in recent months as people have eaten out less, non-food store sales have now made a recovery at 1.7% above their February levels," said the ONS.

"Home improvement sales continued to do well in September, with increased sales in household goods and garden items within 'other' non-food stores.”

Despite grocery sales remaining high, petrol sales remain low as fewer journeys are being made by motorists.

According to the ONS, fuel is the only major sector to not see sales volume return to the levels seen before the pandemic. The sales volume for fuel was 8.6% lower last month than it was in February of this year.

"As lockdown eased, we saw an increase in travel and the quantity of fuel bought. However, as many people remained working at home and with certain restrictions still in place, fuel sales were yet to fully recover," the ONS said.

The ONS also said that the sales of contact lenses and spectacles had bounced back due to pent-up demand.

"We gained feedback from opticians in this sector, suggesting that pent-up demand for eye tests and optical wear increased their sales when lockdown measures had eased," said the ONS.

Online sales of spectacles and contact lenses increased to 27.5%, up from 20.1% back in February.

Head of retail at Accenture UKI, Lynda Petherick, said: "There's no doubting that UK consumers have been doing their bit to boost the economy, following a quarter of record retail sales growth.

"There's little time for retailers to gather breath, though, and they will already be wondering - or perhaps dreading - what lies ahead in Q4.

"This should be a time for excitement as the crucial 'golden quarter' for retail is now underway. However, with lockdown measures across the UK tightening by the day, retailers are braced for a difficult and unconventional end to the year.”