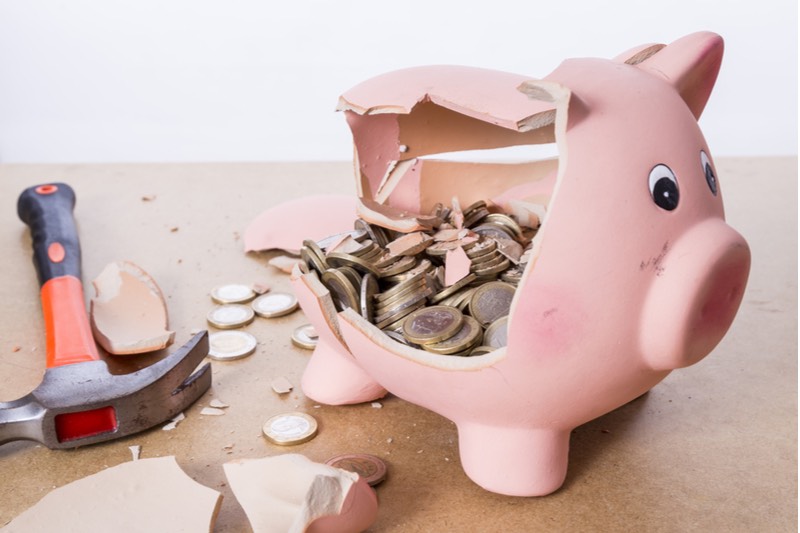 Payday lender PiggyBank has collapsed into administration, as the short term credit market continues to be roiled by stricter enforcement from the Financial Conduct Authority.

The City watchdog forced PiggyBank to stop trading in July, amid concerns about the lender’s affordability checks. PiggyBank was at that point required to carry out an assessment about whether its customers could afford to pay back the loans they were being sold.

The suspension was lifted in September, but PiggyBank’s financiers were unwilling to put any more money into the troubled lender, triggering the collapse.

PiggyBank joins a number of other short-term creditors which have toppled in recent months. The UK’s largest payday operator, CashEuroNet, which traded under the brands QuickQuid and On Stride, went bust in October. Just weeks later it was joined by 247MoneyBox.

Most of these collapses were caused by a surge in claims for compensation from customers, as allowed under new FCA regulations imposed in 2014.

The financial regulator imposed affordability checks on payday lenders and capped the amount they could charge in interest and fees. The new rules, designed to protect vulnerable consumers, reduced the income of the lenders and led to a welter of claims for compensation from customers, including for being mis-sold loans they couldn’t afford.

It’s unclear how much money customers of PiggyBank—to be classified as ‘unsecured creditors’— will be able to claim in compensation as the company is wound down.

Customers with outstanding loans will need to continue paying them back, a statement on the lender’s website said.

The series of failure of payday lenders has reduced the number of households struggling with payday loan debt, Peter Tutton, head of policy at the debt charity Step Change, said. He called for alternative, safer borrowing options for struggling households, including a proposed no interest loan scheme

“While this reduction in harm is welcome, lower income households will still need access to safe, suitable and affordable credit from time to time.

“Whoever forms the next government needs a comprehensive strategy that provides greater access to affordable credit safety nets for the most financially vulnerable, including the full introduction of a no interest loan scheme,” he said.

Jason Wassell, chief executive of the payday loans industry body the Consumer Finance Association, warned that without access to credit, vulnerable households could turn to criminal lenders, especially over the holidays.

“We are not necessarily suggesting this will lead to a rise in loan sharks, but we do suspect we will see an increase in unregulated borrowing, possibly from hard-pressed family members, and on occasion, it will be from individuals with links to criminality.”