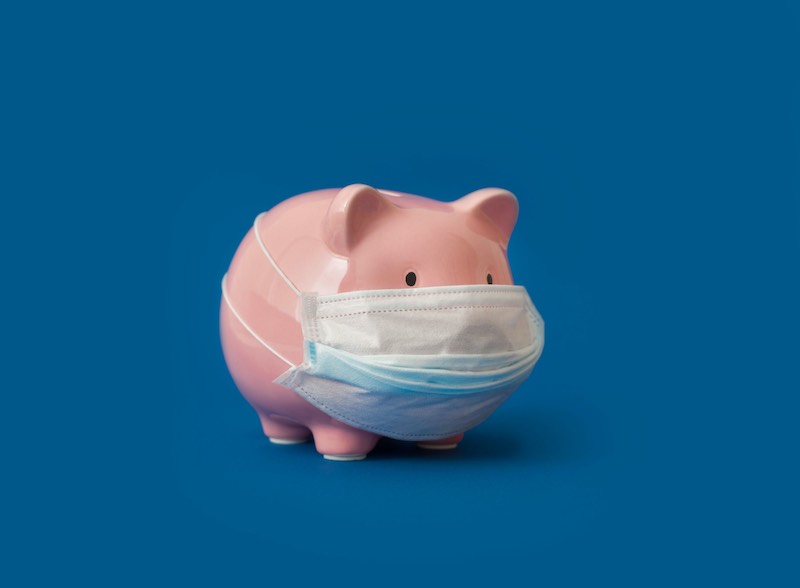 Lockdown Savers Stashed an Average of £1,085

While the coronavirus crisis decimated the earnings and savings of some Britons, others took advantage of the months spent at home to squirrel away some cash.

With commutes suspended, holiday plans scuppered and nights out replaced for Netflix, many of us found ourselves with extra money on hand, which we dutifully squirrelled away. Nationwide Building Society estimated that savers have put away an average of £1,085.90 since last March, based on a survey of Britons’ financial health during the pandemic and beyond.

Coronavirus restrictions forced three-quarters of respondents to postpone or cancel plans—for holidays, weddings, parties. Two in five (41%) put the money they had set aside for those things into their savings. Those savers have been undaunted by the minuscule interest rates banks and building societies are paying on savings accounts.

Nationwide's survey echoes data from the Bank of England, which found Britons deposited £147.8 billion in savings accounts between March and December 2020.

But not everyone grew their nest egg. 17% used their money saved from cancelled plans to pay down debt, while 15% spent it on themselves.

And as we were forced to stare at our own four walls for months, many renovated their home with the extra cash. Tradesmen directory Checkatrade found that Britons spent an average of £391 more on home renovations in 2020 than the previous year.

The survey also found that many weren’t able to save anything at all, as they lost their jobs or saw their incomes shrink.

Unsurprisingly, the pandemic has most affected the financial behaviour of those on the lowest incomes. For those earning £15,000 a year or less, 27% said they’d saved less since last March and 16% have never managed to save any money. Among those making £15,0001 to £25,000, just 9% have never saved.

But the lockdown has impressed on people of all income levels the importance of having a buffer and has changed saving behaviours, Nationwide found. Half of respondents say that the financial upheaval of the crisis has made them consider saving more. More than two-thirds (69%) believe the pandemic will have a lasting impact on how important they believe it is to have a financial cushion, including 63% of those earning less than £15,000.

Three-quarters (75%) of young people aged 16 to 34, who’ve been most impacted by job losses, say they’ll try to save more in the future.

But we won’t just be saving for another crisis. Many have exciting plans for when we’re released from lockdown. 29% are planning on taking a much-deserved holiday, while 6% want to see family and friends and 5% are eager to attend a sporting event. To realise these post-lockdown plans, a fifth (19%) report they’ll need to save up to £500, while a third (34%) say they’ll have to save up to £1,00.

Nationwide is now launching a national advertising campaign to “Get the Nation Saving.”

Tom Riley, Nationwide’s director of banking and savings, said: “Despite the pandemic, it’s heartening to see a positive shift in our collective savings mindset. It’s clear that more people are seeing the importance of building a nest egg. Our research suggests this habit may be here to stay. We hope our campaign encourages more people to save for their own ‘sunny day’ plans.

“However, while some people have been able to put money away, there are many people across the UK for whom saving was difficult even before the pandemic struck.”

HSBC and Barclays Found to Be “Failing Bereaved Families”

Insurers to Pay Out £2.5 Billion on Coronavirus Claims from 2020
Latest news
Author