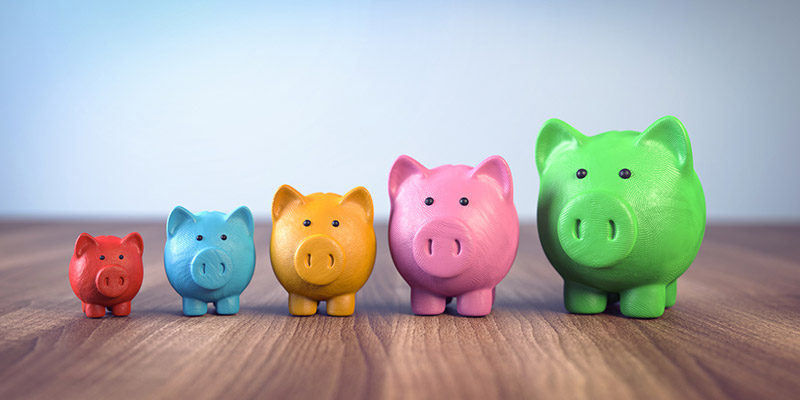 Banks could be forced to offer customers interest rates above a set minimum on easy access savings accounts, under proposals from the Financial Conduct Authority (FCA).

The regulator voiced concerns that customers who stuck with banks and building societies for many years were earning poor returns on their savings compared to switchers who had opened accounts more recently.

Currently some banks offer savers interest rates of just 0.05% on instant access accounts. In contrast, other current accounts have interest rates of 5%, although the amount of money customers can put into them is capped.

Nine out of ten British adults has a savings account. By switching banks consumers gain an average of 0.82% on their interest rates, according to the FCA, and earn an average of £48 more per year, Citizens Advice claimed. By despite the benefits of opening a new account, a third of savings accounts in the UK were opened more than five years ago, the FCA found and nearly half—46%—were more than two years old.

Previously the FCA has urged consumers to shop around for better rates and open new bank accounts, but to little avail.

A Basic Savings Rate (BSR) applied to savings accounts and easy access cash ISA products could route between £150 million to £480 million per year to these consumers, the FCA has suggested.

"Efforts to encourage customers to switch have had limited impact and we remain concerned about the way firms are treating customers," Woolard said.

"This is why we are considering the introduction of a basic savings rate for older accounts, which would promote competition and help get customers a better rate of interest.”

Under the FCA’s proposals, each bank would set its own basic savings rate, which would be applied after an account had been open for a set period, such as a year. A minimum would standardise rates across all the bank’s instant access accounts.

The FCA would publish these rates on their website, allowing customers to easily compare them.

An enforced minimum interest rate is expected to increase the average interest earned by savers in the UK.

However, it could prompt banks to water down rates on their their most savings accounts, diminishing the perks earned by switchers.

Woolard said banks should treat customers who don’t shop around fairly “while maintaining competitive rates for those who do.”

Higher interest rates are unlikely to stimulate savings rates across Britain, which have fallen since the 1990s. According to data from the Office of National Statistics, Britons are now saving just 4.1% of their disposable income, down from 14.7% twenty years ago.

Choosing the Right Type of Credit