We'll show you quotes from a hand-picked list of over 50 different providers, including: 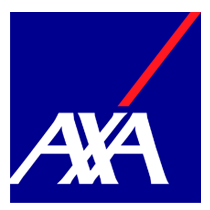 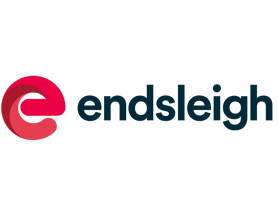 Cycling is a cost-effective, healthy and environmentally friendly way to get around. That’s why the UK has experienced a cycling renaissance in recent years, with more than two million people now cycling each week - for commuting, fitness or fun.

But as cycling has increased in popularity bicycle theft has also soared. Hundreds of thousands of bicycles are snatched from our streets each year.

Bicycle insurance policies can compensate you for the theft and damage of your two-wheeled ride. And more than that, they can also cover you for claims made for injury and damage you may cause while riding it, much like a car insurance policy.

Why do you need to insure your bicycle?

As Britons have embraced cycling, we've upgraded our kit, splashing out hundreds on hybrids, Dutch bikes and road bikes. Today, to buy a sturdy, versatile, and high quality bicycle, you'll need shell out at least £250. And many fitness fanatics and rain or shine bicycle commuters spend much more than that- up £1,000 on folding models and carbon road bikes.

Unfortunately, more bikes around - particularly more expensive bikes - means more bike thieves.
In the year to March 2020, 275,000 stolen bikes were reported in England and Wales, according to the ONS. But with an estimated 71% of bicycle thefts never recorded with police, the true number of stolen bicycles is likely much higher.

A bike insurance policy will pay out to replace a stolen bicycle, and this can be a life saver if it happens to you.

Additionally, as more Britons hit the road on bicycles, they're sustaining and causing more injuries. Each year more than 100 cyclists are killed on British roads and more than 3,000 are seriously injured. Cycle insurance can offer compensation to your family if you're killed and financial support if you're injured. It can also cover for your legal costs and claims for compensation if you're found at fault in an accident that injures another road user or damages their property.

What does bicycle insurance cover?

Specialist bicycle insurance policies cover you for the theft and damage of your bicycle and if you add on extras, for a range of other mishaps and eventualities.

The following cover comes as standard:

Premium cover, either included with higher-end policies or added on as extras with others, includes:

What are common bicycle insurance exclusions?

Bicycle insurance policies won’t pay out in all circumstances. Common exclusions include:

Will my bicycle be covered by my home insurance?

Some contents insurance plans include bicycle cover, either as standard or as an extra you can bolt on for an additional charge on your premiums. When you compare home insurance, read the fine print of any policy to see if they cover bicycles.

Some contents insurance policies limit cover for bicycles to well below what a high-end bike would cost to replace, so it's important to double check what you're covered for, and increase is as necessary.

Home insurance policies can also have excesses that may exceed the cost of your bicycle. If your bicycle is stolen separately, rather than being damaged or lost as part of a wider disaster or burglary, you may have to cover its repair or replacement entirely yourself, under the limit of your excess.

Some of these policies won't cover your bicycle when it's out of the house and if they do, they often won't provide extras like personal accident and public liability cover. For that, you'll need a specialist cycling insurance policy.

Finally, claiming for the bike theft or damage will damage your no claims bonus, meaning your home contents insurance policy will cost more when it comes up for renewal.

We endeavour to keep our users fully informed when it comes to making a purchasing decision. Please read through our handy guides to find the information you need.

What can invalidate my home insurance?