Established in 1950, this Spanish car manufacturer started making small cars in Barcelona in 1953. It has since grown to become the largest car manufacturer in Spain, and the only major Spanish company to be able to produce all of its cars in-house.

SEAT is currently owned by the German Volkswagen Group, and has gained a reputation for high-quality designs which are reliable.

In the UK, their Ibiza model is one of the most popular vehicles in the supermini market. The Ibiza was nominated back in 2018 for WhatCar?’s Best Small Car of the year.

Mii: The SEAT Mii has become infamous for being mechanically identical to the Skoda Citigo and Volkswagen Up. The only real differences between the three models are the interior and exterior detailing. The Mii is a good alternative to the more expensive Volkswagen Up, and is a great choice for those who want the benefits of German engineering on the inside, but with an exterior that has Spanish flair. The Mii has a reputation for being competent and consistent across the board with no real areas of weakness. It’s by no means exciting, but there’s nothing about it that potential buyers should be weary of either. The average annual premium on the Mii is around £450.

Ibiza: The SEAT Ibiza has made a name for itself over the last 30 years as a great small family car. The Ibiza is surprisingly spacious on the inside with plenty of legroom and headroom, and is exceptionally stylish with its sharp, angular exterior. Every Ibiza comes with five doors and a large boot, so it’s a great choice for small families. The Ibiza has carved itself a niche amongst supermini fans in the UK, and has held its own against rivals such as the Ford Fiesta, Renault Clio, and Vauxhall Corsa. The SEAT Ibiza costs around £850 a year on average to insure.

How to Get Cheaper SEAT Insurance

Many of the safety equipment and features on some SEAT cars, such as electronic stability control, Front Assist emergency braking, and hill hold control, all help to bring down the cost of insurance premiums.

However, there are some things you can do to reduce the cost of your premiums. One thing you can do is include a more experienced driver on your policy as the main driver. Beware of ‘fronting’, which is illegal, but if someone with more experience will share the car with you (and do the majority of the driving) it can do wonders for reducing your insurance costs.

Another thing you can do is to reduce your annual mileage. Of course, when you get a new car you’ll want to drive your car as much as you can, but if you can be tactical and only drive it when you really need to it can bring down the cost of your premiums considerably.

In your quest to reduce your SEAT car insurance cost you’ll no doubt want to shop around amongst insurance companies to get the best car insurance deal you can find. The only problem is that doing this can be quite time consuming, not to mention frustrating.

That’s why Money Expert makes things simple and easy for you. Just fill in your personal details, the details of your SEAT car and your insurance requirements, and we’ll do all the heavy lifting to find all the best rates amongst insurers. 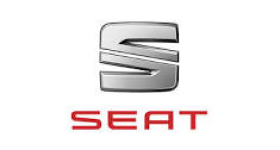