It’s one of the most recognisable car brands in history. German manufacturer Mercedes-Benz formed in 1926, but its roots go back even further, with Karl Benz creating the first petrol-powered car in 1886. Mercedes-Benz may ooze luxury, but they also produce trucks, buses and coaches.

Safety, quality and innovation are the core principles of the brand. In the 1950s, they invented the crumple zone to protect drivers and passengers, and consequently led the way in vehicle safety. And now, the fastest road cars in the world are produced by them.

There are 50 insurance groups that cars fall into. Generally, the higher the group, the more expensive insurance:

How to Get Cheaper Mercedes-Benz Insurance

Because of its luxury image, cheap Mercedes-Benz insurance will be harder to come by than for other car brands. But we’ve got a few tricks to help you.

If you have any no claims bonus, then use it to your advantage. When you request a quote for car insurance, providers assess how risky you are as a driver. By supplying your no claims discount you prove that you haven’t yet had to make a claim on your car insurance.  That’ll work in your favour by allowing you to access cheaper insurance deals.

Consider telematics insurance, too. As long as you’re a responsible driver, installing a black box in your car is another way to prove to insurance companies that you’re low-risk.

If you can afford to, pay for your insurance upfront rather than in monthly instalments. It’s actually cheaper to pay in one lump sum, so you’ll save money on your car insurance overall. You could also increase your voluntary excess: i.e. how much you would have to pay in the event you make a claim. Often this brings down your premium overall, but just be conscious of what you can afford.

Lastly, decide whether you really need the latest model. Choosing a car just one generation older can reduce your premiums – though be sure you don’t get a model so old the vehicle becomes a risk to insure!

You can compare Mercedes-Benz car insurance directly through Money Expert. Use our car insurance comparison tool to quickly find an affordable deal. You’ll just need to enter some basic information about yourself and your car.

To refine your search results, you’ll also want to input: whether you have any no claims bonus; if anyone else is to be named on the policy; and what level of cover you’re after, be that Third Party, Third Party, Fire & Theft or Fully Comprehensive. This information helps us scour over 100 providers to find the best insurance deal for your Mercedes-Benz. 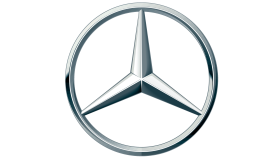