Founded in Germany over a century ago to manufacture aeroplane engines and drawing its name from Bayerische Motoren Werke (Bavarian Motor Works), BMW has now become a byword for luxury on the road. Its cars are aspirational, with high-performance engines, sumptuous interiors and slick, classic-looking exteriors. A Beemer might be the car driven by your boss, but it’s a “driving machine” you wish you could operate.

BMW used to have just three main models but has since diversified and now offers everything from luxury SUVs to executive cars. It’s also a leader in the electric car revolution, with more than half a million electric BMWs on roads around the world at the end of 2019.

How to Get Cheaper BMW Car Insurance

Their supercharged engines, import status, high prices and attractiveness to thieves make BMWs more expensive to insure than most other vehicles on the road. But you can find cheap BMW insurance, particularly if you take the following steps.

Shopping around and comparing BMW insurance quotes can help limit your costs. Money Expert makes it as effortless as BMW’s keyless entry to compare car insurance quotes from dozens of providers. Simply provide us with the following information and we’ll return a bespoke list of quotes, tailored to you and your Beemer. 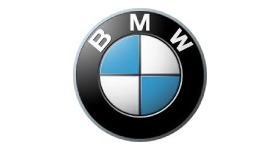