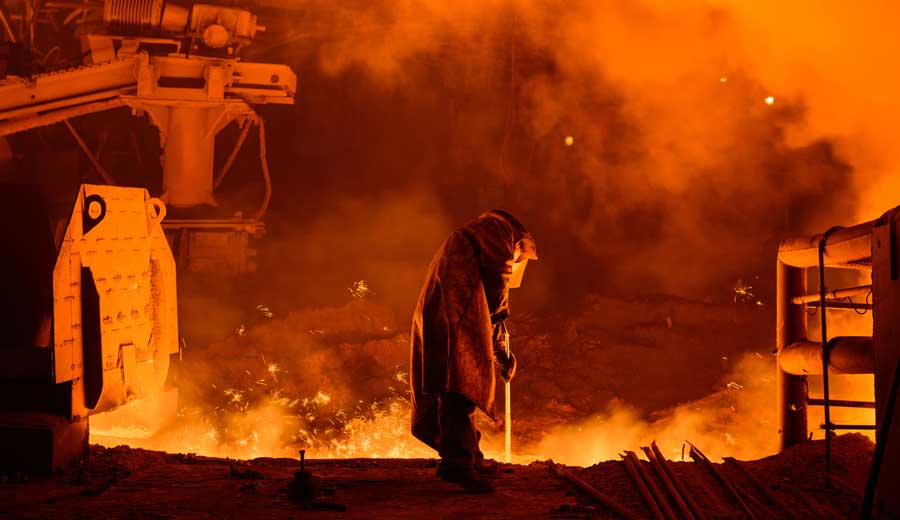 In the wake of the Tata steel crisis, the UK has been accused of blocking EU attempts to strengthen trade defences against cheap Chinese exports.

The recent decision made by Tata Steel to close operations in the UK has been making waves in parliament as the government struggle to come to a solution to a problem that could potentially lead to the loss of around 15,000 jobs. A particular spotlight has been placed on the steel plant in Port Talbot, where the largest number (over 4,000) of Tata Steel employees in the UK work.

The decision was made by the flagship wing of India’s Tata group after the value of their UK operations fell to “almost zero”, largely down to steel prices plummeting over the last year. This led to “a flood of imports, particularly from China”, according to a spokesperson from Tata Steel.

The Chinese have been ramping up their steel production lately and are now responsible for almost half of the 1.6 billion tonnes of the material produced throughout the world each year. However, with demand for raw materials in China falling, they have turned to exporting it at incredibly low costs – far lower than the costs of domestic production in other countries including the UK.

The US responded by imposing large import tariffs on Chinese steel (236%), as well as a further 256% anti-dumping tariff applicable to imports of corrosion-resistant steel. This move has protected their domestic steel industry in a way that the UK has not been able to.

This is partly because the EU has not put up any kind of comparable barriers; current EU tariffs on Chinese cold-rolled steel are at just 13%, and attempts to reform trade tariffs and anti-dumping rules that could have raised this and stymied growth of the crisis have not been passed.

The lower duty rule which is currently in place (after a decision to lift it was voted against) means that the EU cannot levy increased duty tariffs on Chinese steel imports.

Britain has been accused of leading the charge against the imposition of these stronger trade defences by the EU in a move that some are arguing is the result of our government trying to curry favour with Beijing.

The Financial Times quote Axel Eggert, head of European Steel Association (Eurofer) as saying: “The UK is the ringleader in a blocking minority of member states that is preventing a European Commission proposal on the modernisation of Europe’s trade defences instruments.”

The British government insists that increased EU tariffs were blocked in the interest of the free-market and, more importantly, to protect the UK manufacturing sector from inflated costs for raw materials. The car industry, for example, is cited as one that has been protected by the blocking of larger tariffs.

David Cameron himself responded to the claims by maintaining that the UK was in the right when deciding to block plans that could, in his words “rewrite not simply the tariff rules on steel, but the entire infrastructure of the EU”.

Business secretary Sajid Javid pointed the finger back at the EU over the blocking of trade tariffs, claiming that the UK had actually been instrumental in trying to push them through. A large number of foreign diplomats disagree. In fact Javid himself voted against the lifting of the lesser duty rule.

Responding to the Crisis

Either way, accusations have been thrown at the current government for failing to act to protect workers in the British steel industry.

Shadow business secretary Angela Eagle said that government “have failed time and again to take the necessary action to support the steel industry through the crisis”.

Mr Javid responded to these particular accusations by claiming that the government has been instrumental in forcing Tata Steel to at least make efforts to sell the business and not to simply close the Port Talbot plant overnight.

He described the British steel industry as “absolutely vital to the future of the UK industrial sector” and argued that the government was doing all that it could to protect it.

Eurofer’s Mr Eggert said: “When the UK government says it is willing to do whatever it takes, it must take seriously the need to push through – along with other member states – the reforms to European trade policy that could actually defend the industry from unfair dumping and prevent the job losses in the sector that we are seeing today.”

Exactly what course of action will be taken is as yet undecided, though full nationalisation has already been officially ruled out.

Government ministers have claimed that they have been pushing for at the very least a six-week grace period before Tata fully cease operations, during which time a buyer will hopefully be found (or some other solution devised). However, sources close to Tata claim that no such deal has been made and that, rather, the whole thing is operating more on a basis of good faith.

The Financial Times quote the source as saying: “When Tata met with the regulators, and the government, and the local MPs, their basic request was that whatever they do, they do in a manner which is clear and transparent and due process. No time frame was indicated.”

In the meantime, China has imposed a new 46% import duty on the particular type of steel made at the Port Talbot plant by Tata Steel, in a move that is likely to further increase existing tensions.

The news of this tariff’s introduction was revealed after David Cameron and Xi Jinping spoke at a dinner in Washington and the Guardian quotes one source as saying that Cameron did raise concerns about “the impact this is having on the UK and other countries.”

However, it remains as of yet unclear exactly what course of action the government will take to respond.