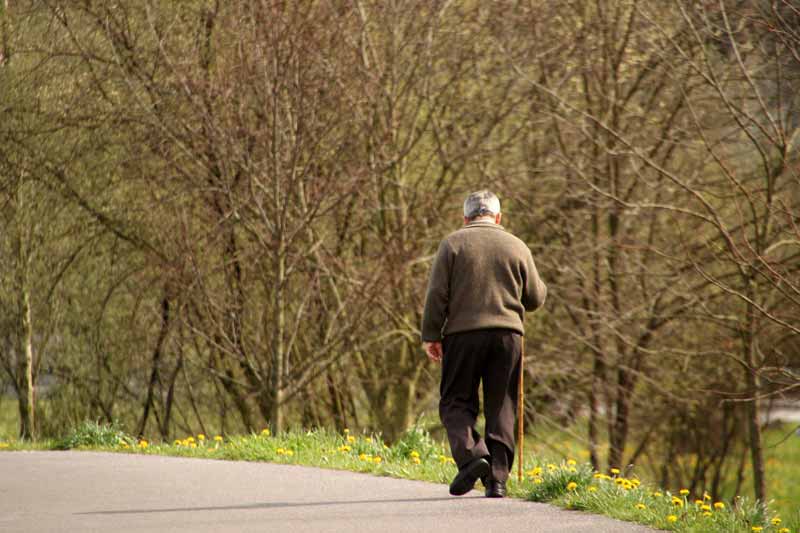 The Money Advice Service has said that it does not believe that the new State Pension is too complicated. The organisation believes that the State Pension is currently a convoluted system that makes it too difficult to understand how much you will have in retirement.

“The current State Pension system is complicated. This makes it hard to work out how much State Pension you’re likely to get and in turn difficult to plan ahead for your retirement.

“The new State Pension is designed to be simpler.”

The group has accepted that “there are some complicated changeover arrangements which you need to know about if you’ve already made contributions under the current system”. However they insist that the change is for the better.

Recent times have seen MPs heavily criticise the government for the confusing nature of the regulation changes.

A committee of MPs has said that ministers have not made it clear enough that the majority of people do not understand the rules surrounding the new state pension.

The MPs said that many people are still unaware that they will not receive the weekly rate of £155.65.

The Work and Pensions Committee stated that “failures of communication mean that too few people understand it”.

The committee went on to say that roughly 55% of individuals would receive under £155.65 largely due to contribution gaps or contracting out.

In a statement, the Department for Work and Pensions (DWP), said that it was wholeheartedly dedicated to making sure that the public understood the changes.

The committee also recommended that the DWP open a telephone hotline to handle people’s queries, along with writing to those who were now set to receive less than previously thought.

Back in January, the WP committee cautioned that millions of members of public could be planning for retirement based on the wrong financial situation because of the government’s “bungling”.

As of the 6th of April, the new state pension will replace the basic and additional pension. Individuals who are already receiving their state pension before that date will continue to receive payments under the existing rules.

Under the new rules, individuals will earn below or above the basic rate of £155.65 per week, depending on they record with National Insurance and whether or not they have made 10 years worth of contributions.

Roughly 32% of people are predicted to get more than the basic rate after building up additional state pension under the new rules.

However, by 2040 it has been estimated that around 80% of people will receive higher than the basic rate, according to the new state pension report.

MPs said that the government had “managed to muddle” communications to “the point where neither the winners or the losers yet know who they are”.

The committee also said that claimants with less than 10 qualifying years of payments, and people who based their claims on their spouse’s contributions, are now faced with receiving fewer payments in the first few years of their pension than they would under the present regulations. This also applies to people who built up a claim under the Guaranteed Minimum Pension initiative between 1978 and 1988.

There are many people who were members of job related pension schemes who would have been contracted out of the additional state pension. These individuals would have then built up a roughly similar amount through the occupational pension. This amount was called the Guaranteed Minimum Pension.

The report also found that only 13% of people who will reach pension age in the first year of the overhauled rules will receive the new basic rate.

The committee chairman, Frank Field, said that although the new system would “ultimately be a welcome simplification of an over-complicated system” there were undoubtedly “failures of communication”.

“There is no way that communicating changes which affect different groups very differently, over different timelines, should ever have been left to general awareness campaigns or happenchance.

"The oversimplified message about the flat-rate amount has left many people unprepared and confused.

"We very much welcome the commitment in the Budget to a one stop 'pensions dashboard', which we and others have been calling for.”

"Most people make significant financial plans about their future based on what they believe they will get from their state pension and, if inaccurate or outdated, could leave them with little to no time to make up for this government information error.”

A spokesman for the Department of Work and Pensions said that new state pension was a “bold move”.

"Millions stand to gain from the changes, including women and the self-employed, who so often have lost out in the past.”

This comes at the same time as the pensions minister, Ros Altmann, said that there is “nobody more than me who would like to help” women who will be affected by the rise in pension age.

She was, however, fairly noncommittal in her statements:

‘I am hoping we will be able to help but we cannot make any promises,’ she said. ‘This is law that was properly passed and properly made. There is nobody more than me who would like to help.

‘I am engaging with the new secretary of state [for work and pensions] on this issue. There was no possibility of engagement on this issue before even though I tried and I had some figures worked out. I am hoping we might be able to meet some of those affected, although I met many of those affected in 2011 and we did manage to help hundreds of thousands of them getting at least some reduction in the increase in their state pension age, which was a big victory at the time.’

She went on to speak about people who are looking to sell their annuity as newly passed legislation allows them to do. She warned them to be cautious as they could end up worse off by doing so. However, she was keen to point out that some people may be in the right position to do so.

‘For large numbers of people who bought an annuity, it will be right for them,’ she said.

‘Let’s say you bought an annuity and at the time you were quite happy with it, you knew what you were doing and you weren’t mis-sold it. But suddenly you decided well actually I could really do with a lump-sum, even if I take less than I otherwise might have got.’

‘It’s a bit like driving a brand new car. You think this is exactly the car I wanted, I wanted it for the last two years, and you drive it for a few months and think I cannot get on with this car. I don’t like it and I cannot get on with it. As soon as you sell a new car, you get a big hit. It’s a bit like that, I would imagine, for people who sell their annuity; they will take a hit when they sell it,’ she said.

The Department for Work & Pensions & the Treasury have defended the new rules as “the biggest reform of the State Pension since it was created more than a century ago is at the heart of a major package of reforms to tax, pensions and savings to help workers which is coming into effect today.”

“Today’s reform of the State Pension is the most significant since its inception. The new system means that at last, people will have certainty in what they can expect from the state in old age – and for many women and the self-employed, it will be more generous.
“People will know that the full amount when they reach state pension age will be over £8,000 a year in today’s money, so they can plan other retirement saving they may want on top.”

Him and the statement on the government website were both keen to highlight the huge number of women that the changes to the rules would be benefitting women across the country.

The Chancellor also went on to argue that this reform was part of a wider effort to be “a modern, compassionate government”.

The conservative government, he argued, is “at the same time, with our new National Living Wage lifting pay, we’re taking steps to make sure people keep more of what they earn. Today’s income tax changes mean that basic rate taxpayers are paying more than £900 less than they were in 2010. There’s also action today to boost saving – with our new personal savings allowance lifting 17 million people out of paying any tax at all on money they’re putting away for their futures.”

“Because we are determined to back the next generation, from today the jobs tax on young apprentices will be abolished altogether. When a business is giving a young person an opportunity in life we will support them, not tax them.”

The secretary for Work and Pensions, Stephen Crabb said:

“This ambitious new reform will transform the State Pension for future generations. Millions stand to gain from the simpler system, including women and the self-employed, who so often lost out in the past.
“Combined with solid private pensions savings which are being expanded through automatic enrolment, it will help ensure that people have much needed financial security in their later years.”