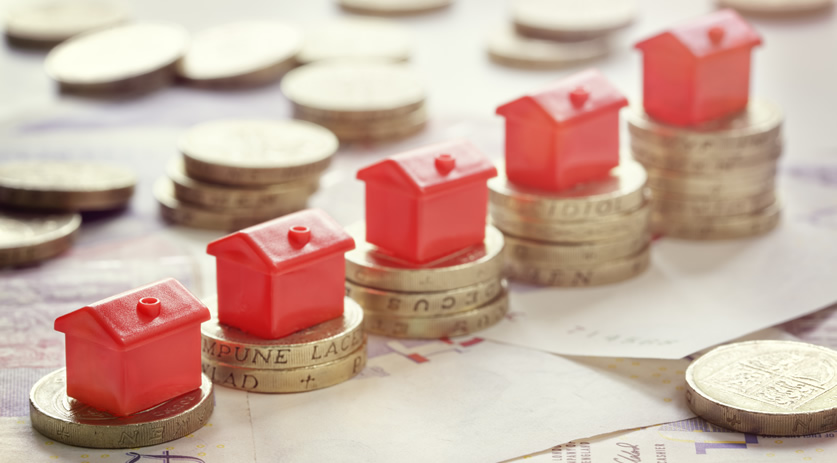 House prices in the UK grew 1.1% in April after a fall in March, according to the latest figures from Halifax.

The Halifax house price index revealed in March that house prices fell 1.3% over the month. However, prices rebounded in April with a 1.1% monthly rise, pointing to the volatility in the country’s housing market. House prices had been expected to fall by 1.6% over the month. The average price of a home in the UK now stands at £236,619, according to the country’s largest mortgage lender.

Average property prices were also up compared to last year. In the three months to March 2019, UK house prices grew sharply by 5% compared to last year, while a growth of only 4.5% was expected. This annual growth rate was almost double that seen in the previous month, when house prices grew 2.6% year-on-year in the three months to March. It is also higher than the average annual house price growth seen over the last decade. For the last ten years, the average price of a home in the UK has risen by £81,956, or an average of 4.3% each year.

However, surveys from other lenders show differing results than those from Halifax. According to the Nationwide Building Society, for example, annual house price growth in the UK has been below 1% for the last five months in a row.

“The blistering volatility of this index has returned as the Halifax house price weather vane spins itself into a frenzy once more,” said Lucy Pendleton, founder and director of estate agents James Pendleton. “The index has already come under scrutiny this year after months of erratic monthly growth figures. These can be more sprightly than the smoothed annual and quarterly numbers, but even so, they’ve been turning heads with the extremes with which they have been moving.

“One explanation for ricocheting growth figures like this is persistently low stock levels. In sought after areas, this can lead to demand being supercharged one minute and gone the next, with price rises coming in waves as brief competitions for limited numbers of homes come and go.”

Samuel Tombs, chief UK economist at Pantheon Macroeconomics, said: “Less volatile measures point a far more subdued picture. For instance, Rightmove’s measure of online asking prices fell by 0.1% year-over-year in April, while Nationwide’s measure rose by a mere 0.9%. That said, we doubt that house price growth at the national level is about to turn negative for a sustained period.

“Mortgage rates have held steady for low LTV loans and have fallen steadily over the last year for high LTV products, offsetting some of the impact of Brexit uncertainty on high demand. In addition, maximum mortgage terms have continued to lengthen, pushing down monthly repayments and thereby making home ownership initially appear more attractive.

“Meanwhile, year-over-year growth in households’ real incomes remains on track to pick-up this year to about 2.5%, from 2.2% in 2018, thanks to lower inflation and more supportive fiscal policy. Accordingly, we still think that year-over-year growth in the official measure of house prices will pick up to around 1.5% by the end of 2019, from 0.6% in February.”

How to Stretch Your Monthly Food Budget - 8 Top Tips