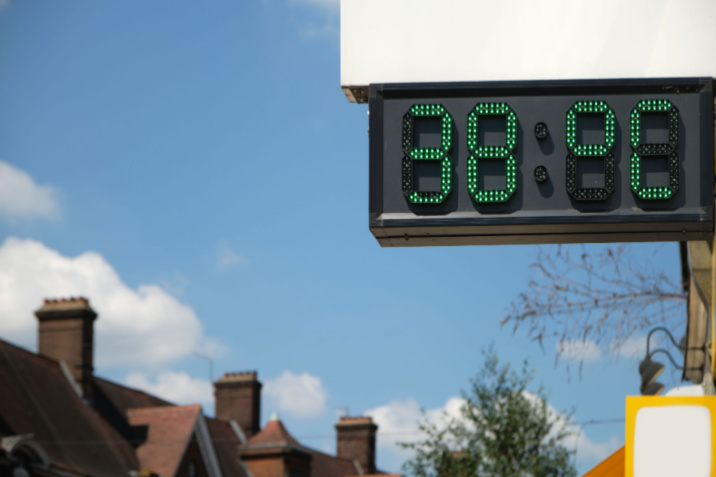 Heightened demand across Europe almost caused the outage, forcing the Electricity System Operator (ESO) to purchase emergency electricity from Belgium. This was paid for at a significantly inflated price. At its most, 5,000% over the usual rate, costing £9,724 per megawatt hour. This is the highest rate that the UK has paid.

It’s important to note that the amount of electricity purchased at this record rate was minimal, being just enough to power eight homes for a year. However, it highlights the UK’s reliance on other nations for power, and the cost it can come at.

“We were bidding in a tight market and market prices were high that day because Europe also wanted the energy,” said a spokesperson for the National Grid ESO

“We managed the system and kept the electricity flowing to the South East.”

As well as the freakish heat, storms in Europe, as well as maintenance and outages of electrical infrastructure in the UK cause further supply issues, resulting in the last-minute power grab. The high price paid is likely to trickle down to energy customers as suppliers look to pass on costs.

Unfortunately for households, this is the last of their concerns when it comes to energy bills. April’s record-breaking price cap increase saw gas and electricity costs rise by 54%, which was a record at the time. While there had been hopes the turmoil in the market would slow down, Russia’s invasion of Ukraine at the start of the year means that come October, another hike is almost certain. Current predictions for the Autumn price cap adjustment sit at £3,200, courtesy of industry experts Cornwall Insights. If Russia continues shutting off power supplies to Europe, this could rise as high as £3,850 at the start of next year.

While the government has laid out a series of financial support measures, it will not cover the next expected increase in energy bills. A recent report from the business and energy select committee warned that millions are being pushed into fuel poverty this winter. Among other suggestions, they urged the government to introduce a lower price cap threshold for vulnerable households.

Millions could be pushed into debt due to energy bills, MPs warn