Volvo is the most recognised car manufacturer to come out of Sweden. Established back in 1927 by Gustav Larson and Assar Gabrielsson, Volvo is well-known for building some of the safest cars available on the market.

Volvo have always been at the front of the pack when it comes to safety features, having designed the very first three-point seat belts in 1959. More recently, Volvo has pioneered lane-keeping aids and birds-eye-view parking cameras.

How to Get Cheaper Volvo Insurance

It’s only natural to want to save money on your Volvo car insurance if possible, but what’s the best way to reduce your insurance premiums?

One way is by having a long, hard think about how much you’ll actually be driving your car over the next year. Getting an accurate estimate of your annual mileage could potentially save you hundreds on your premium.

Driving fewer miles in a year significantly reduces the chances of you having to make a claim on your insurance policy, and thus insurers will charge you less for your annual premium as there’s a lower risk of them having to make a payout.

If you want to take things a step further, think about actively taking steps to reduce your annual mileage too. By walking more, or using public transport, you can reduce how much you drive your car, thus bringing down your annual mileage.

Of course, you’ll want to show off your Volvo at every chance you get, but if you’re smart about when you take out your wheels for a spin you could keep some of your hard earned cash in your pocket instead of handing it over to your insurer.

Comparing Volvo insurance quotes from a variety of insurers is the only way you can be sure that you’re getting the best possible deal on your car insurance. However, trying to obtain quotes from each insurer individually just isn’t practical.

That’s why you should use Money Expert’s very own car insurance comparison tool. In just a few minutes you can fill out a single form and our system will fetch all the available quotes from the top insurers for you to look over and choose from. 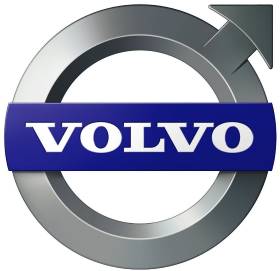