Founded in 1937, Japanese car brand Toyota are the largest manufacturer of cars in the world. Its philosophy is one of continuous improvement on their products (a concept they call kaizen), demonstrated no clearer than through what’s probably the most recognisable hybrid car in the world: the Prius.

Their green energy stance is fairly forward-thinking and Toyota are widely praised for producing affordable, economical cars that are built to last. In the future, they aim for all their models to have a hybrid option. They are also the parent company of Lexus.

There are 50 insurance groups that cars fall into. Generally, the higher the group, the more expensive insurance is:

How to Get Cheaper Toyota Insurance

To find cheap car insurance for your Toyota, try the following:

If you’re looking for cheap Toyota car insurance, then a great place to start is by running a car insurance comparison with us. We compare deals from more than 100 insurance providers, so you can be sure to find something you’re after.

You’ll just need a few details to hand, such as what make and model the car is, who will be driving it and the level of cover you want. Hit search to compare Toyota insurance quotes. You’ll be able to filter your search by a range of criteria such as cost, policy duration and level of voluntary excess. 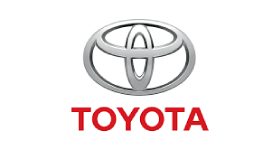