Skoda has a history that dates back to 1895. Initially starting as a bicycle manufacturer, Skoda moved into car manufacturing in 1945. The company has kept going through two world wars as well as Soviet occupation.

Skoda managed to gain a reputation as an undesirable brand over the years, but in 1990, Skoda became part of the Volkswagen Group and started to shake off this image.

Since introducing the Octavia in 1997, the Czech company has won itself a reputation for practicality and reliability.

How to Get Cheaper Skoda Insurance

Insurance on most Skoda models is notably cheaper when compared to other brands. However, that doesn’t mean you can’t squeeze out a few more pounds worth of savings when selecting an insurance policy for your Skoda.

The best way to save money on your Skoda car insurance is to compare policies from different insurers to make sure you’re paying the smallest amount for the cover that you require.

Trying to compare car insurance quotes manually is a time-consuming headache, which is why we’ve developed a handy price-comparison tool so that you can get hundreds of quotes within minutes.

Just fill out our online form, and sit back and relax as we search through the quotes from the top insurers to find the cheapest options available. Then all you have to do is select the one you feel best fits your requirements. 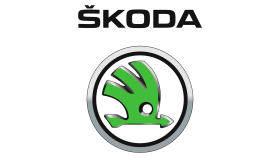