French car manufacturer Renault have a bit of a motorsport legacy, but they’re not just popular with race car drivers. They are favoured far and wide for their compact and sleek design.

Renault have been around since 1899. They’re not just one of the oldest vehicle manufacturers but also one of the biggest, having formed an alliance with Nissan in 1999. With great experience comes great innovation, and as a result Renault also manufacture buses, tractors and trucks, among other vehicles.

There are 50 insurance groups that cars fall into. Generally, the higher the group, the more expensive insurance is:

How to Get Cheaper Renault Insurance

One way to get cheap Renault car insurance is to add another driver to the policy. High-risk drivers – such as those who are young, have recently passed their test or have had suspensions in the past – are the ones who face the highest premiums. But by adding a low-risk driver to your policy you can reduce your premium. Vehicle usage is then shared between the two risk groups, reducing it overall. However, this named driver must genuinely be sharing the vehicle with you; if they’re added to the policy purely to cut costs this is called fronting, which is a crime.

Similarly, simply driving less can bring your quote down as the time spent on the roads is reduced. Consider car-sharing or using public transport if you’re able to. Not only will your premium be cheaper, you’ll help the environment too.

If you can, consider paying for your policy upfront as well. Although monthly repayments are the more manageable, budget-friendly option, insurance providers charge a bit extra for this convenience. Therefore, although annual premiums are costly, if you can afford the initial expense then you’ll save money on your car insurance long-term. Plus, you won’t have to think about any more payments for another year!

Getting a good deal on your car insurance is all about playing the market. Being loyal to your current provider doesn’t pay: almost always you’ll get a cheaper car insurance deal by switching.

Compare car insurance deals for your Renault directly with us at Money Expert. Merely fill in a few details – including the make and model of your Renault – and within minutes you’ll have the best insurance quotes at your fingertips, plus guidance on the next steps you need to take. 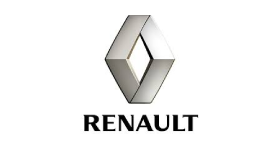