What is Land Rover?

Land Rover is a company that specialises in luxury SUV vehicles. The name itself was coined by the Rover Company back in 1948 to market their new off-road vehicle. The Land Rover brand is now owned by Jaguar Land Rover, which is itself a subsidiary of Tata Motors of India.

In 1951, King George VI granted Land Rover a Royal Warrant, and in 2001 the company received a Queen’s Award for Enterprise. Land Rover vehicles are currently made in the UK, as well as in India, Slovakia, Brazil and China.

Land Rover has been one of the most iconic British car brands for over half a century.

The current Land Rover fleet includes the Defender, Discovery, and Range Rover. The Freelander was another popular model that was discontinued in 2014 and replaced with the Discovery Sport a year later.

How to Get Cheaper Land Rover Insurance

Land Rovers don’t come cheap, so naturally you’ll want to try and save some money on insurance if at all possible.

Another great way to ensure you get the best possible deal when insuring your Land Rover is to compare car insurance quotes from different providers.

When looking for the best deal, be sure to compare different levels of cover as well. It’s natural to assume that a lower level of cover would be cheaper than a comprehensive policy, but this isn’t always the case.

Insurers know that riskier drivers are statistically more likely to opt for a stripped-back third party policy, and sometimes these policies end up being more expensive than if you went with a comprehensive policy from the same insurer.

It’s a breeze to compare Land Rover insurance with Money Expert. All you have to do is fill out a simple form with all your personal details, as well as the specification of the Land Rover model that you have, and our system will automatically search for the cheapest Land Rover insurance from all the insurers on our database.

Our website makes it easy for you to compare Land Rover insurance, and to find the best possible policy for your needs and circumstances. Just take a few minutes to fill out your details and you could save time and money on finding cover for your Land Rover! 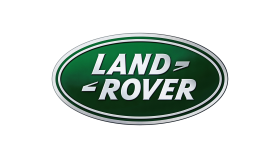