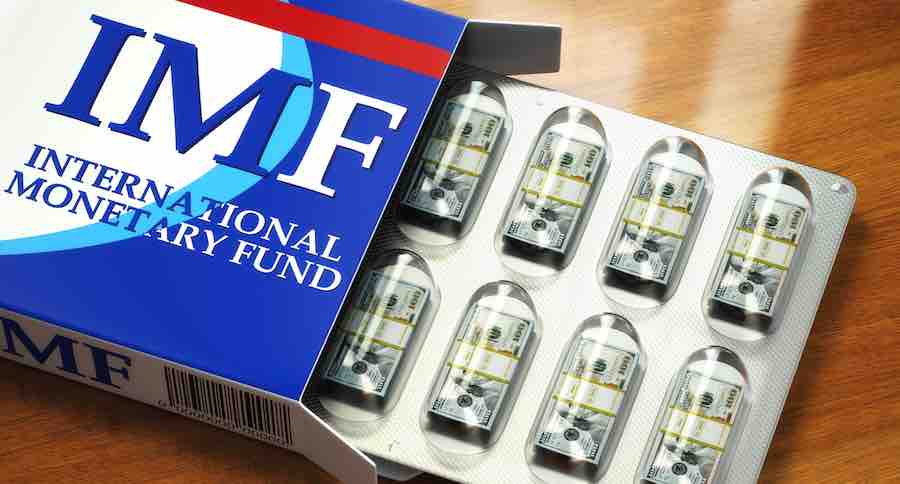 The IMF will release its most recent growth forecasts for the global economy later this week. Many analysts are expecting the International Monetary Fund to lower its predictions for global economic growth due to a slowdown in world trade and continued turmoil on the financial markets.

The latest round of forecasts from the International Monetary Fund are expected to repeat warnings about the threats posed by weaker growth in emerging economies, the economic downturn in China and falling commodity prices.

The forecasts that the organisation released in January were significantly lower than they were previously and, following less than optimistic comments from managing director Christine Lagarde, many now predict that the newest set will be even lower.

In January, the International Monetary Fund reduced its forecasts for economic growth over the next two years. They said that the recovery could fail altogether if the upcoming challenges are not dealt with properly. It is predicting growth of 3.4% in 2016.

“Global growth, currently estimated at 3.1 percent in 2015, is projected at 3.4 percent in 2016 and 3.6 percent in 2017. The pickup in global activity is projected to be more gradual than in the October 2015 World Economic Outlook (WEO), especially in emerging market and developing economies.”

Speaking about the the global economic recovery, Lagarde said that “the recovery remains too slow, too fragile, and risks to its durability are increasing”. She went on to appeal to governments to take more growth-friendly measures.

“We are on alert, not alarm. There has been a loss of growth momentum. However, if policymakers can confront the challenges and act together, the positive effects on global confidence, and the global economy, will be substantial.”

The outlook for the global economy had weakened significantly in the last six months, due to the economic slowdown in China, falling oil prices and the possibility of financial tightening for many countries, Lagarde continued. “Emerging markets have largely driven the recovery and the expectation was that the advanced economies would pick up the growth baton. That has not happened.”

She went on to say that moods have brightened considerably since the tumultuous start to year that was seen on the financial markets. Ms Lagarde accredited this to increased support from the ECB (European Central Bank), a slowdown of interest rate increases in the US, a slight rallying in oil prices and lower levels of capital flowing away from China.

However, “downside risks remain and have probably increased”, she went on to say, these included the aftermath of the economic crash seen in the economies of developed nations such as high debt, low investment, low inflation, low productivity and, in some cases, high unemployment. In developing nations these risks took the shape of lower commodity prices, erratic flows of capital and increased levels of corporate debt.

Lagarde said that each of these threats had the potential to impact upon other areas “with greater frequency and force than ever before”. These comments came shortly after a warning from the IMF that China’s impact upon the stability of the global economy would only continue to grow in the years to come. They continued by saying that this fact makes it all the more important that communication channels with Beijing are kept open and transparent. The Fund said this in a pre-released section of its report on global financial stability.

Lagarde continued her speech by pointing to increased risks to financial stability and a slowdown in global trade.

She echoed the calls of other international bodies for governments to start taking action to secure economic growth, instead of depending upon central banks to hold interest rates back and continue printing money. This came after the IMF called on finance ministers around the world to start increasing their levels of public spending. It continued by saying that should the British economy slow anymore, the government should pull back in its austerity measures.

With the IMF’s spring meetings with global leaders on the horizon, Lagarde used her speech to urge governments to ease taxes or invest in infrastructure  in order to boost growth.

She pointed to Japan, who are investing more money in childcare to enable more women to work, and India, which slashed its spending on energy subsidies in order to invest in more hospitals and schools. She said that all countries in a position to be able to cut taxes or invest should be doing so.

“Of course, countries with high and increasing debt, and elevated sovereign spreads need to pursue further fiscal consolidation. But others may have room for fiscal expansion.

This was echoed by the World Economic Outlook that the Fund released in January:

“Monetary easing in the euro area and Japan is proceeding broadly as previously envisaged, while in December 2015 the U.S. Federal Reserve lifted the federal funds rate from the zero lower bound. Overall, financial conditions within advanced economies remain very accommodative. Prospects of a gradual increase in policy interest rates in the United States as well as bouts of financial volatility amid concerns about emerging market growth prospects have contributed to tighter external financial conditions, declining capital flows, and further currency depreciations in many emerging market economies.”

Lagarde continued by raising her fears over the fact that, in the face of international threats such as terrorism, inequality, health scares and the refugee crisis, many voters and policymakers were becoming more nationalistic and protectionist.

She warned that countries should avoid doing this and should instead increase their levels of cooperation; Lagarde has recently come out in strong favour of the UK remaining in the EU.

“To some, the answer is to look inward, to somehow unwind these linkages, to close borders and retreat into protectionism. As history has told us time and again, this would be a tragic course. The answer to the reality of our interconnected world is not fragmentation. It is cooperation.”

Looking back over last year, the report read:

“In 2015, global economic activity remained subdued. Growth in emerging market and developing economies—while still accounting for over 70 percent of global growth—declined for the fifth consecutive year, while a modest recovery continued in advanced economies.”

Many have taken these comments to mean that the latest forecast for growth will be lowered further. An economist at the bank Investec, Ryan Djajasaputra, said:

“Given comments from Christine Largarde recently, a downgrade to the IMF’s world growth forecasts looks to be on the cards.”

The new economic outlook, which will be published before the IMF and World Bank spring meetings this week, is also expected to repeat its warnings that further interest rate rises from the US Federal Reserve would threaten the global economy.

If the forecasts are indeed cut, it will reinforce many people’s concerns that the UK economy has slowed down in the first quarter of this year due to its inability to remain immune to challenging circumstances around the world.

The British Chamber of Commerce released a report on Monday that highlighted low levels of confidence among UK businesses, and poor sales performances across the services and manufacturing industry.

The BCC recently release results of a survey that was completed by over 8,500 companies, the trade organisation said that the figures showed that growth in the UK had slowed in the first quarter of 2016.

This was, in large part, down to the fact that the services industry underperformed. The sector, which has remained the UK’s biggest contributor to growth, saw its domestic sales and orders falling to their lowest level since 2013, according to the BCC.  The manufacturing sector also saw its growth slow in Q1 of this year.

The BCC said that confidence levels in profitability and turnover in both sectors are lower than they have been for a long time.

“Our latest survey results suggest that the UK economy is in a holding pattern. While the picture is static overall, there are clear indications that economic growth is continuing to soften,”

“From sales and orders to confidence and investment intentions, many of the business indicators we track are at a low ebb.”