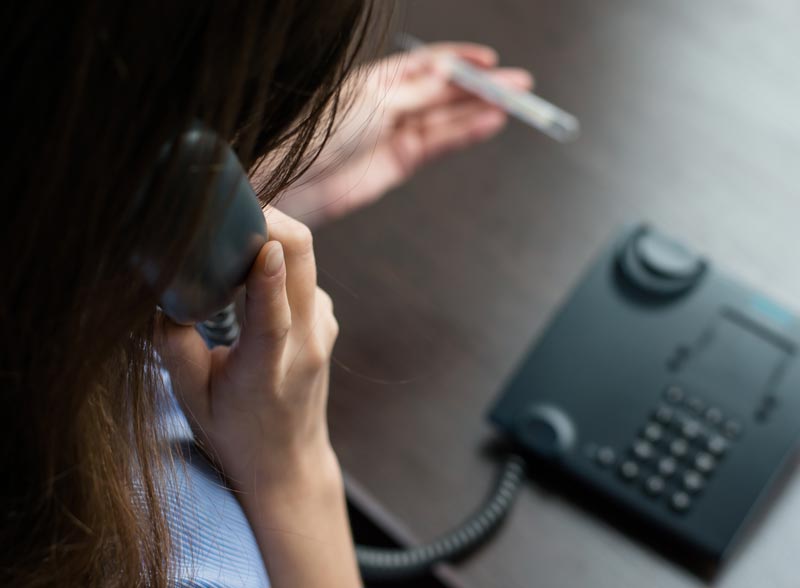 People are being warned to stay on guard as a new ban on cold-calls regarding pensions comes into effect.

Fraudsters trying to coerce pensioners into investing in risky financial schemes, or outright trying to steal their pension funds, have turned to cold-calling increasingly in recent years.

According to Citizens Advice, just under 11 million fraudulent calls and messages are made annually by people trying to swindle pensioners out of their savings. The Money Advice Service has calculated this to be much higher – they claim that 240 million calls are being made annually - a staggering 8 calls per second.

On average, each victim of a pension scam loses around £91,000 in savings according to the Financial Conduct Authority (FCS).

Despite existing restrictions on unwarranted texts and emails regarding pensions, the government has been criticised for the delay in enforcing the cold-call ban. The ban has taken almost two years to come to fruition since being announced.

Minister for Pensions and Financial Inclusion, Guy Opperman, slammed pensions scammers and explained that the ban would protect people from being swindled: “pension scams are despicable crimes, fleecing people of the retirement they’ve earned by doing the right thing, working hard and saving for the future. Banning pensions cold-calling will protect people from these callous crooks and ensure fraudsters feel the full force of the law”.

Economic secretary to the Treasury John Glen also lambasted those preying on vulnerable people, saying: "pension scammers are the lowest of the low. They rob savers of their hard-earned retirement and devastate lives. We know that cold-calling is the pension scammers' main tactic, which is why we've made them illegal".

The Pensions Regulator’s chief executive, Lesley Titcomb welcomed the ban, saying: "the cold calling ban sends a very clear message - if anyone calls you about your pension, it's an attempt to steal your savings. The ban draws a line in the sand for scammers. Cross it and you should expect to be prosecuted."

However, some entities are exempt from the ban on cold-calling regarding pensions. If the caller is authorised by the FCA, or is the trustee or manager of an occupational or personal pension scheme, and the recipient of the call consents to calls or has an existing relationship with the caller, then these particular calls are not covered by the ban.

Some experts are not hopeful regarding the ban, predicting that crooks are likely to just ignore the ban despite fines of up to £500,000 if they are caught.

Pension firm AJ Bell’s Tom Selby, explained that cold-calling will not eliminate the problem altogether, as pension pots are an easy target for fraudsters. He believes they will find another way to get their hands on the cash: "Prohibiting cold-calling is only part of the solution and will by no means eradicate the threat of scam activity altogether. Pensions remain a juicy target for fraudsters and some will inevitably look to circumvent the ban or simply ignore it altogether."

Anyone receiving a call about their pension funds should get as much information as possible from the caller and report it to the Information Commissioner’s Office via their website or by calling 0303 123 1113.