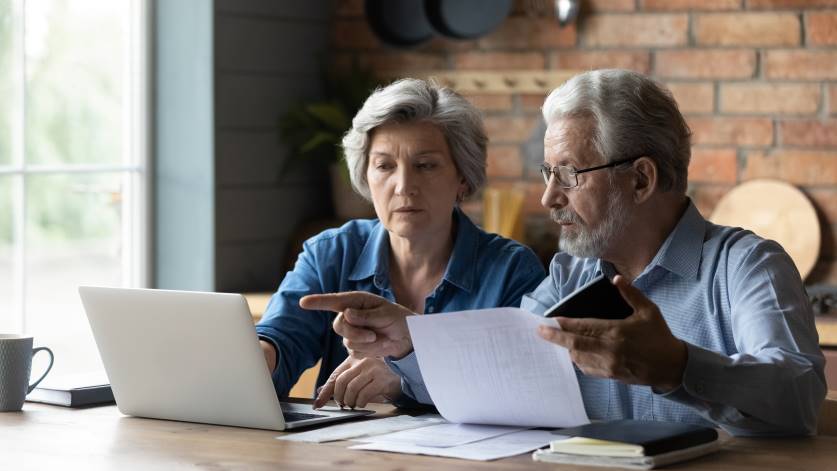 Chancellor Rishi Sunak has given a strong indication that there will not be an 8% rise in the state pension in 2022.

Official forecasts had suggested that there could be a jump in the amount paid from April next year due to it being linked with earnings growth.

Sunak has now said that any changes to pension payments would be "based on fairness for pensioners and for taxpayers".

Speaking to the Today programme on Radio 4, Sunak said: "The triple lock is government policy but I recognise people's concerns about what that might mean, given some of the numbers that are being put around.

"We will approach these decisions with fairness in mind - fairness for both pensioners but also for taxpayers."

The chancellor said there are "some questions around the earnings numbers".

The yearly increase in pension payments is currently governed by the ‘triple lock’ which sees payments increase with the cost of living.

Average earnings numbers are predicted by the Bank of England to rise by 8%, hence warranting an 8% rise in state pensions payments.

However, the chancellor is now coming under pressure from some quarters to change the way earnings are assessed as part of the triple lock system.

President of the Resolution Foundation, Lord David Willetts, said: "The Covid crisis has laid bare the design faults of the triple lock, with a severe jobs crisis last year inadvertently contributing to an unnecessary and unjustified 8% rise in the state pension next year.

"The chancellor should take the opportunity this autumn to replace the triple lock with a smoothed earnings link. This would mean the state pension would rise in line with the living standards of working age people - a change that would be fair to all generations."

Charity director at Age UK, Caroline Abrahams, said: "We do not think the government should rush headlong towards a decision to suspend it. Pensioner poverty has been rising in recent years.

"While older people we speak to are generally keen to do their bit to help as the pandemic continues, they are also wary of unscrupulous policymakers who might want use exceptional times as a reason to make permanent changes - a government sleight of hand that would not be acceptable at all."

Baroness Ros Altmann, former pensions minister, highlighted that the state pension is the only retirement income for many pensioners.

"Millions of pensioners - especially women - rely solely on state pensions because they did not have the opportunity to build up private pensions when younger," Altmann said.

HSBC and TSB Launch Mortgages at Record Low Rates of 0.94%

With lockdown ending soon, how can you keep saving money?
Latest news
Author