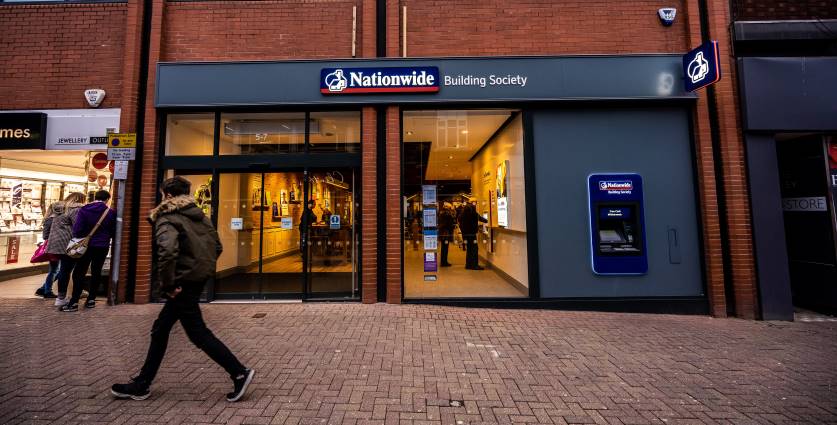 Nationwide to Refund Almost £1m to Thousands of Customers

Nationwide is set to pay back a total of £900,000 to around 70,000 customers who weren’t warned about unarranged overdraft charges.

The Competition and Markets Authority (CMA) recently launched an investigation into Nationwide and found that the building society failed to warn its current account customers about overdraft charges. According to the CMA, warning texts were sent to customers who entered an unarranged overdraft, but there was no mention of charges in the messages.

“The CMA Directions, issued to Nationwide in August 2019, required the Society to complete an independent review of its processes in relation to text alerts,” said Sara Bennison, chief marketing officer at Nationwide.

“While all members received their texts on each and every occasion, this review identified that alerts sent to members who were in Collections did not explicitly state that they would be charged an unarranged overdraft fee.

“While these members haven’t been overcharged, we appreciate these texts are designed to help people avoid unarranged overdraft charges, so we apologise that on this occasion we didn’t meet the high standards we set ourselves.

“We are contacting impacted members and will be automatically refunding the charges back into their account. From 11 November 2019, the Society removed unarranged overdraft charges, so this issue will not occur again in the future.”

This is not the first time that Nationwide has broken the rules regarding unarranged overdrafts. The bank was told to refund £6 million to over 320,000 customers due to a similar issue as recently as August last year.

Adam Land, senior director at the CMA, said: “Banks and building societies that fail to send customers text alerts saying they will be charged if they enter an unarranged overdraft are breaking the rules.

“The fact that Nationwide is a repeat offender makes it even more serious. Following our action, it will now repay all affected customers, and quickly. This is exactly the sort of issue we would expect to fine companies for in future, if the government gives us the increased powers we’ve asked for.”

Overdrafts have been in the news regularly in recent weeks, with almost all the British high street banks introducing 40% interest rates for all overdrafts starting in April. This came after a ruling from the Financial Conduct Authority (FCA) that customers shouldn’t be charged more for unarranged overdrafts than arranged ones.

However, the FCA has demanded answers as to why all the banks have set such a similar rate, and what they plan to do to help customers who will be worse off by the changes.

TSB to Offer Short-Term Loans As An Alternative to Overdrafts, Payday Loans