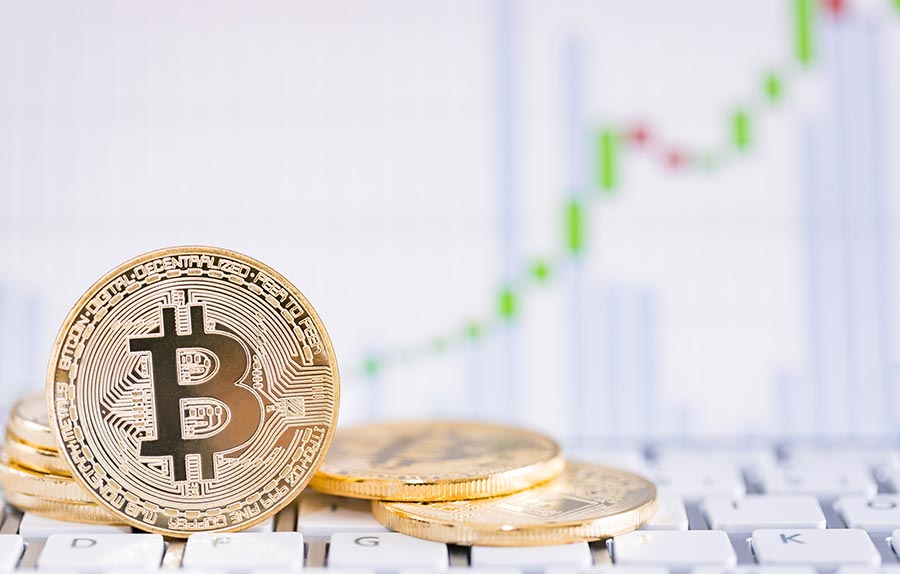 If you’ve been searching for the next big potential money making investment, no doubt you will have been hearing loads about cryptocurrencies recently.

The new technology is being hailed as the next big online investment opportunity (although some investors are urging caution, comparing the boom to the dot-com bubble, and expecting it to burst), as evidenced by the explosion in value of the most popular and well-known cryptocurrencies, Bitcoin and Ethereum.

At the beginning of 2017, one Bitcoin was valued at just under $1000, while one Ethereum was valued at $8. Bitcoin went on to peak at over $6000, while Ethereum peaked at $416. While these currencies are volatile, with their values fluctuating both quickly and wildly and their values having dipped recently, they still possess huge investment potential.

What to Look for in a Cryptocurrency

So with these currencies having soared in value already, you may feel like you might have missed the boat slightly on cryptocurrencies and be wary of investing. However, there is no need to worry about this really, as new cryptocurrencies are being launched all the time – any one of which could have the potential to see the same sort of rapid growth as Bitcoin and Ethereum.

One new cryptocurrency showing such signs of early promise is Electroneum. The cryptocurrency is aiming to make cryptocurrency more accessible, and this accessibility has the potential to prove hugely lucrative. In order to get involved with buying, selling, and mining the currency, all you would need is to have the relevant Electroneum app, rather than having to jump through any complicated hoops, and pay suspicious looking fees.

Electroneum founder, Richard Ells, wants to use it to completely transform the way currency is used in mobile games and online gambling sites. Electroneum can be a way for gamers to earn currency in-game that they can then use and spend however they like in other games and apps. It also provides a way for game-developers to monetise gamers who lose interest in the game, but want to take their earned currency elsewhere.

Part of that strategy is gamifying the mining experience in order to appeal to the world’s two billion mobile computer gamers. After downloading the app, users are encouraged to use and mine the coin through a simple mobile game. This is an ambitious, but exciting niche to exploit, and it could prove to be very successful. This ambition appears to have been repaid with investor confidence – a very promising sign regarding Electroneum’s potential to soar in value. Electroneum’s ICO reached its cap of raising £40 million through crowdfunding within just over a month of being live.

What is a cryptocurrency?

Cryptocurrencies are new forms of online currency, in effect digital money. They are designed to be secure and anonymous.

What is a blockchain?

Blockchain is the name for the technology upon which all cryptocurrencies operate. It is a ledger that keeps a record of where all the relevant cryptocurrency is stored, and all of the transactions that have taken place.

Mining is the name given to the process by which units of cryptocurrencies are created. It involves using computer power to solve complicated maths problems, as well as using processing power to support the upkeep of the blockchain.

What is an ICO?

An ICO stands for Initial Coin Offering. It is where newer cryptocurrencies, hoping to raise funds to support the future upkeep costs of their business, for example by paying for hardware needed, various upkeep costs, or even human staff, put up their cryptocurrency for an initial sale to raise these funds.

Weighing up the Risks

In recent weeks JPMorgan boss Jamie Dimon has lambasted cryptocurrencies such as bitcoin as being just a "novelty" and he claimed that they are "worth nothing". However, in response to his comments, Fadi Ghandour who is the CEO of Wamda Capital, a major Middle East-based tech investment firm, said that Dimon needs to better educate himself about the burgeoning cryptocurrency market, and the technologies behind it, before making such sweeping generalisations. While Gandhour is a strong proponent for cryptocurrencies, being the founder of the Middle East's biggest cryptocurrency, BitOasis, he has urged some caution when embracing the new technology.

While this technology is currently a huge growth area, representing huge potential to quickly grow investments, he explained: "people could get hurt but also people are mature and can make their own decisions. If you want to be part of a bubble, you are part of a bubble. You understand the risk".

He went on to draw the comparison to the tech crash of the late 1990s, following the earlier bubble, which has apparent similarities to the current state of cryptocurrencies. He also pointed out that the Dot-Com crash did not stop all of the tech companies becoming integral future platforms, as many believe that cryptocurrencies may one day soon become as well.