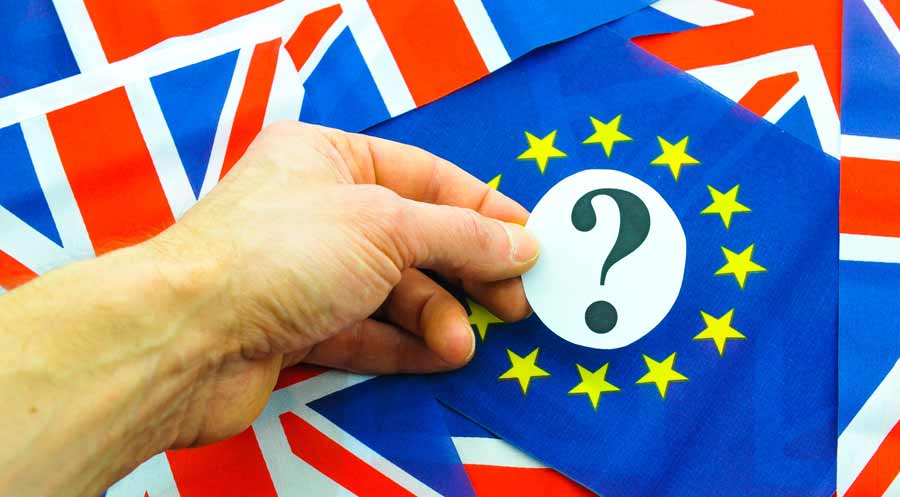 The Bank of England has come out with further warnings about the effect that Britain leaving the EU would have on the economy, going as far as to claim that it could well lead to another credit crunch.

“The outlook for financial stability in the United Kingdom has deteriorated” said the Bank’s Financial Policy Committee, explaining that: “some pre-existing risks have crystallised, drawing on the resilience of the system. Other risks stemming from the global environment have increased. Domestic risks have been supplemented by risks around the EU referendum.”

Domestic risks to the economy include the effect of the buy-to-let sector on the property market. The FPC have said that they “remain alert to potential threats to financial stability from rapid growth in buy-to-let mortgage lending.”

This is something the Bank announced it would be taking a hard-lined approach to from now on by introducing new affordability checks for landlords in the capital, for example.

Jeremy Leaf, estate agent and former chairman of Rics, said that the Bank’s intervention here was jumping the gun somewhat, and that they should instead wait to see how Osborne’s changes to stamp duty and mortgage tax relief affect the market after April.

“The changes the Chancellor has made to mortgage interest tax relief and higher stamp duty for landlords will have enough of an impact of buy-to-let without the need for further interference from the Bank of England” he said.

But the Bank also warned rather severely of negative effects that could follow our exit from the EU, citing a likely increase to borrowing costs and potential weakening of sterling.

“Looking ahead,” the FPC said, “heightened and prolonged uncertainty has the potential to increase risk premia investors require on a wider range of UK assets, which could lead to a further depreciation of sterling and affect the cost and availability of financing for a broad range of UK borrowers.”

The Bank of England has warned multiple times before about economic uncertainty that would follow Brexit, but has stopped short of explicitly endorsing either the campaign to leave or the campaign to stay, maintaining its political neutrality at least ostensibly.

It did, however, say that the upcoming referendum does represent “the most significant near-term domestic risk to financial stability”, though maintained that the strength of our financial sector reduced the risk of all out collapse of any kind.

The Bank will be offering multiple new funding options to the various banks based in Britain in order to provide them with further liquidity as the referendum approaches.

They have placed added pressure on banks to pass this year’s stress tests which are based on “an almost 8% negative impact on global economic growth” as the Financial Times report.

Former Chancellor of the Exchequer Alistair Darling has weighed in in his capacity as a member of the Britain Stronger In Europe campaign. He emphasised the importance of heeding what he described as a “stark warning” from the Financial Policy Committee.

Darling said: “The independent assessment that uncertainty around the UK’s membership of the EU is ‘the most significant near-term domestic risk to financial stability’ will be a major worry for everyone whose job and income depends on the long-term health of Britain’s economy.

“This assessment makes it clear our economy would be more vulnerable and less resilient if we vote to leave the EU – leading to higher mortgage rates for families and higher interest rates for Britain’s businesses.

“This is not a report Leave campaigners can simply dismiss as ‘biased’ or ‘scaremongering’. It is a serious piece of work that should make everyone think twice about irresponsibly gambling with people’s jobs and livelihoods.

“It is clear from this report that Britain is stronger, safer and better off remaining a member of the EU.”

Naturally, members of the Vote Leave campaign have interpreted the Bank’s statements differently, with the campaign’s chief executive, Matthew Elliot, saying: “The biggest risk to the UK economy, a risk that even the Bank of England acknowledges, is Britain remaining in a declining political union where we are outvoted and our trade is held back.

It is worth noting that there is not quite as much of a consensus on this as Elliot appears to be implying, but under most models, there is a best-case scenario following a vote to leave that involves trade deals being secured, though both sides disagree on job creation.

The dispute over the interpretation of the Bank’s statements leads Mark Carney to repeatedly assure that he wishes to stay out of any referendum discussion directly, but that has not stopped him or any other spokespeople for the Bank from highlighting what is ultimately uncertainty regarding what would happen should we leave, the implication being that uncertainty is rarely good economically.