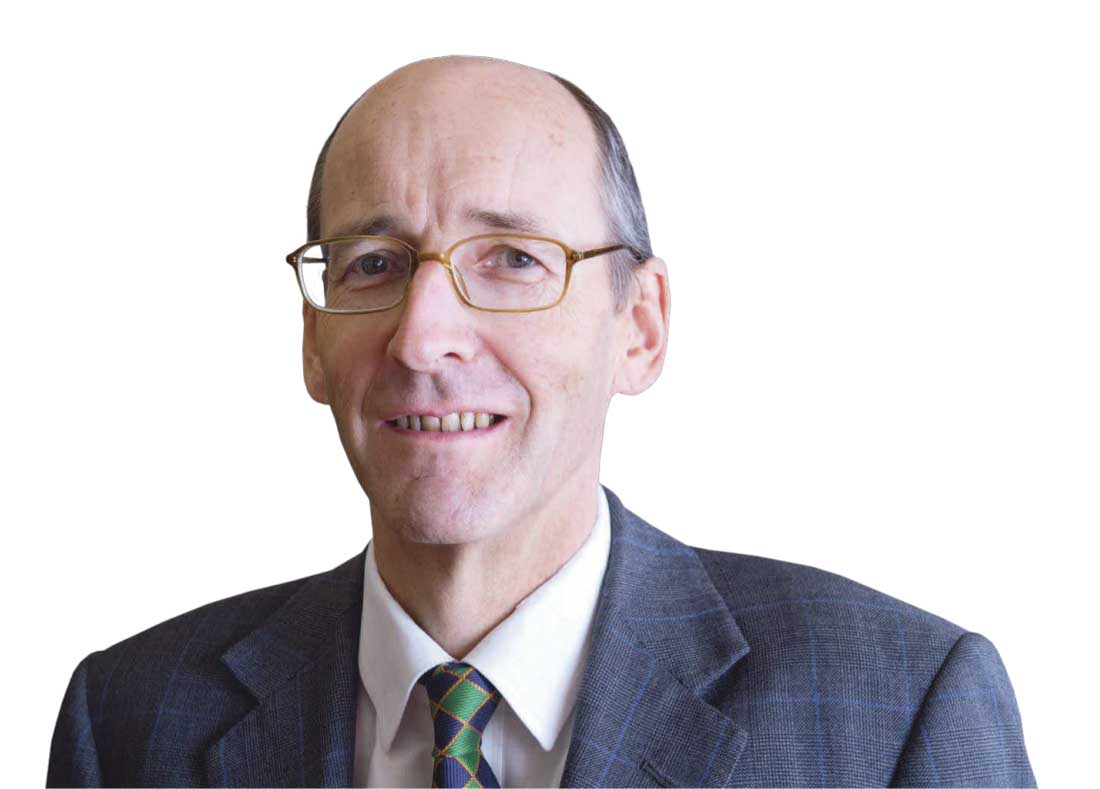 The head of the Treasury Select Committee has called for a big shake up to the way in which the United Kingdom produces its official statistics in order to improve the quality of economic data.

The conservative MP for Chichester believes that the Chancellor of the Exchequer, George Osborne, should use the upcoming budget as an opportunity to make sweeping changes to the Office for National Statistics.

"The Chancellor should use the Budget to improve the quality of the UK's national statistics. This area badly needs a shake up. I very much hope Sir Charles Bean – the independent reviewer appointed to sort out the weaknesses in official statistics – can produce his final report in time for the Budget. His interim report was trenchant about the defects in current arrangements and the need for remedy. The Chancellor should act.”

The MP recently criticised the ONS for falling behind its international equivalents. This criticism came after the MP heard evidence from Sir Charlie Bean, who is the former Bank of England deputy governor, as he was preparing to report back to the government on the quality of the economical statistics used by the UK.

“It’s clear from Sir Charles’s interim report that the UK has fallen behind other countries, and that some of our statistics are scarcely fit for purpose.

“The ONS has fallen a long way short, lacking intellectual curiosity, prone to silly mistakes and unresponsive to the needs of consumers of its statistics.”

He also criticised the work being done by the UKSA (UK Statistics Authority) in the double-checking of the statistics being released by the ONS.

“The watchdog, created in 2008 to keep ONS, among others, up to the mark, has been asleep on the job,”

Bean’s report is due to be completed around the time of Mr Osborne’s budget next year. He did not go quite so far as Mr Tyrie in his criticism of the UKSA but was also hard on the ONS.

“[The UKSA have been] quite active at instigating reviews when things go wrong Certainly all is not well, if it had been well then I would not have been commissioned.”

“One of the problems with the ONS in the past, [it] has been a bit locked in the mindset, turn the handle, here’s the numbers and not asking itself enough, ‘What do these statistics mean now?’,”

Bean also commented on the impact that was felt when the ONS moved from Wales to London and it  lost many experienced staff members.

“National income accounting is something you learn on the job ... so you are talking about 10 years before you’ve really adjusted to it. So we are getting to the point now where those transitional costs should be starting to disappear,” he said.

Mark Carney has also hinted at a substandard quality of statistics; when he arrived at the Bank of England from Canada he told the committee: “I was much more comfortable with the data in Canada.

Tyrie then asked Bean not to hold back in his final report.

“Poor statistics lead to poor public policy decisions and hold back the private sector, resulting in a loss of welfare to millions of people,”

“It’s already clear that there is a lot wrong. Sir Charles has a rare opportunity to put it right. These don’t come often. He must take it in his final report.”

This took place at the beginning of the month and now, with the Budget moving closer, My Tyrie has reiterated his stance. He has called on Sir Charlie Bean to ensure that the report is completed in time for 16 March.

Bean recently asked the Treasury Select Committee for ways in which public scrutiny and oversight of data collection can be improved.

“A few weeks ago, Sir Charles asked the Treasury Committee for some ideas for how to improve public scrutiny and oversight of data collection. Sir Charles will no doubt have his own ideas. The Committee will examine those in depth once his final report is published. In the meantime, on behalf of the Committee, I have written to him with some suggestions.”

In in open letter response Tyrie wrote back his three suggestions.

The first suggestion that Tyrie called for was a new statistics watchdog that could better handle the quality control of the statistics that the government and policy-makers were being forced to work with.

“First, the UK Statistics Authority has been marking its own homework for years – operating as both producer and regulator of official statistics. This should end. It cannot do both jobs to best effect. In any case, regular examination of the quality of statistics produced by the ONS is currently lacking. This is extraordinary. A small advisory body should be established to perform this role. Among other things, it should have a public duty to blow the whistle when it identifies a cause for concern.”

This suggestion carries a lot of parallels with the creation of the Office for Budget Responsibility. Tyrie also went on to recommend that the national statistician and the chairman of the UK Statistics Authority should be subject to vetting by the Treasury committee before being appointed.

The second suggestion that was made by Mr Tyrie was that Treasury should take back the responsibility of national statistics from the Cabinet Office.

This suggestion has been criticised by some who feel that allowing the Treasury to be responsible for the production of national statistics would be a mistake. The Royal Statistical Society have said that this would potentially damage the independence of the statistics and that they would always be questioned as possibly being influenced by the Treasury.

Talking about the recent recommendations Mike Hughes, the chair of the RSS National Statistics Advisory Group, said: “Strengthening the independence of statistics is laudable but bringing them under the purview of the Treasury would achieve the opposite perception and would be counter-productive for government. There would be the constant question of whether Treasury had influenced the figures.”

This possibility appears to be more plausible in recent times after it emerged that the Treasury had been responsible for pressurising the Office for Budget Responsibility into changing language in its economic forecast.

The Treasury Select Committee has said that the economic outlook released by the OBR (Office for Budget Responsibility) was changed after the Treasury pressurised the independent body into doing so. The MPs on the committee, including its chair- Tyrie, also said that this breached the rules of independence that were set up to prevent the government from interfering with the body’s internal operations.

After these demands were made by the Treasury, it is believed that the Office for Budget Responsibility removed the word “complicated” from a passage that was describing a section of the government’s policy. It also removed references to the government’s practice of “budget top-slicing”.

The select committee concluded that:

“It is concerning that Treasury officials did not recognise that these requests were inappropriate. They appear to have been made routinely at previous fiscal events.”

“It is far from clear why Ministers should have the opportunity to offer views to the OBR during the exceptional pre-release access period when, given the level of technicality, it is highly unlikely that they could make constructive contributions to any fact-checking and quality assurance process.”

Andrew Tyrie, said that this entire situation “gives the appearance of a minister trying to lean on the OBR”.

Tyrie continued: “The OBR’s independence is hard-earned and easily squandered. Little or no damage appears to have been done in this case, but this shouldn’t be repeated.” MPs went on to say that while the rules of independence had clearly been broken, there had been no serious harm done to the overall process.

The final conclusion of the report read:

“A number of Treasury requests for non-factual changes appear to have been taken on board by the OBR. This is unacceptable. The removal of words such as "topslice" to describe spending cuts, and "complicated" to describe the then Government’s fiscal assumption, cannot be held to have improved the clarity of the economic and fiscal outlook, nor did they make it more factually accurate. Nonetheless, the committee is satisfied that, on this occasion, the changes the OBR made in response to Treasury requests made no material difference to the analysis contained in the final document.”

As a result of this, it could be considered slightly surprising that Tyrie is now calling for an independent body to be put under the control of the Treasury. In response to this report the Treasury released a short statement that read as follows:

“In establishing the OBR in 2010, independence and transparency was introduced to economic and fiscal forecasting process for the first time ever, with clear safeguards established to make sure this is protected. Officials and ministers have acted entirely properly, respecting that independence, at all times. We will respond formally to this report in due course.”‎

Tyrie’s third suggestion to Bean about changes that could be made to improve statistical scrutiny was also based upon increased independence.

“Third, the independence of the UK Statistics Authority, and of the ONS, need to be bolstered. These bodies cannot afford to allow their independence to be compromised. Even the appearance of being vulnerable to pressure from the Government is unacceptable. Sir Charles should consider how better to protect them. Their independence could be reinforced if the National Statistician and the Chairman of the UK Statistics Authority were subject to full pre-appointment scrutiny by Parliament: in practice, by the Treasury Committee. The OBR's independence – since its creation in 2010 – has been similarly bolstered. That arrangement is generally considered to have been a success.”

Speaking on who these changes could be achieved Tyrie said that he did not think that the law would need to be changed in order to get most of the reforms done. Although he did say that if that was indeed necessary, then it should be addressed in government.

“Most of what is required may be achievable within existing statute. But if primary legislation can offer the prospect of better statistics, not least by entrenching in statute the independence of the National Statistician and the Chairman of the UK Statistics Authority, the government should provide the necessary parliamentary time for it. Numbers matter – no doubt the forthcoming EU referendum will illustrate the point."