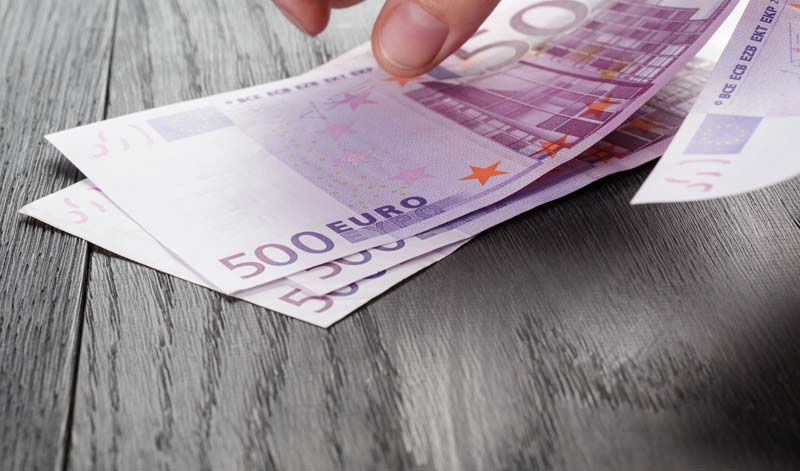 Following pressure from French and German ministers, the European Central Bank has decided that it will be discontinuing the €500 (£400) over concerns about its common link with criminal activity.

The note, which is the largest denomination single note in the Eurozone, is widely associated with large scale criminal activities, from money laundering to terror financing, so much so that it earned itself the nickname “the Bin Laden note”.

Though is little statistical or empirical evidence of illicit use of the €500 note, a combination of anecdotal evidence and deduction does paint a fairly clear picture.

Various studies have pointed towards the use of the note in criminal activity, including those conducted by the UN Drugs and Crime office and Europol.

Igor Angelini, chief of the financial intelligence unit at Europol said: “The links between organised crime and cash are multiple. Criminals need cash at some point in order to cut the trails that could lead back to them.”

A Harvard study released earlier this year called for major economies across the world to stop printing and issuing their highest denomination notes, based on their widespread criminal use.

It argued that current policies designed to tackle money laundering and criminal financing were well intentioned but ultimately ineffective.

“Despite huge investments in transaction surveillance systems, intelligence and interdiction,” it said, “less than 1% of illicit financial flows are seized.”

They proposed that stopping the circulation of the highest denomination notes would complement existing policies and do more to tackle the problem.

They said: “Such notes are the preferred payment mechanism of those pursuing illicit activities, given the anonymity and lack of transaction record they offer, and the relative ease with which they can be transported and moved.”

The size of highest denomination notes makes them particularly easy to transport – according to the study, the equivalent of $1 million in €500 notes weighs just 2.2kg and takes up just a fifth of an average briefcase’s contents. The same amount in €50 notes, on the other hand, weighs 10 times as much.

French finance minister Michel Sapin campaigned for the elimination of the €500 note based on the fact that it was far more often used for money laundering than it was for legitimate purchases.

He said: “It is used more to facilitate transaction that are not honest than to allow you and me to buy food to eat.”

The ECB will be discontinuing the €500 notes from 2018, though those already in circulation will continue to be considered legal tender.

“In view of the international role of the euro and widespread trust in its banknotes, the €500 will remain legal tender and can therefore continue to be used as a means of payment and store of value.”

Rental Costs Up Across Most of UK