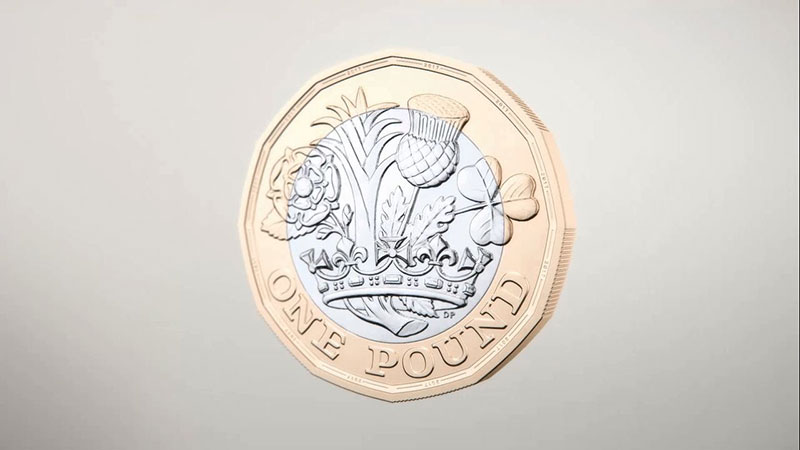 The Royal Mint had officially released the new £1 coin today, describing it as “the most secure coin in the world”.

The new 12-sided, bimetallic coin features a design chosen from 6,000 submitted by members of the public on the ‘tails’ side. The final design, submitted by 15 year-old David Pearce, shows four plants representing the four countries of the UK - a rose for England, a leek for Wales, a thistle for Scotland, and a shamrock for Northern Ireland, all within a crown.

The re-design was announced in response to the high volume of counterfeit £1 coins in circulation - thought to be around 1 in 40. The new coin boasts several security features designed to make it nigh-impossible to fake. In fact, the Royal Mint’s chief engraver Gordon Summers told Wired UK that it is, in fact, literally impossible too fake - “it’s not difficult to do,” he said, “it’s impossible”.

The security features are numerous. To start, the coin’s 12 sides are all of uneven lengths with grooved, or milled edges. It is made of two separate metals, just like the £2 pound coin is, with a special plating capable of containing electromagnetic signatures, fitted by specialised security company Integrated Secure Identification Systems.

The coin also features a hologram image near the bottom, which switches between displaying the number ‘1’ and the ‘£’ symbol, depending on the viewing angle.

There is also a final, secret, security feature that the Royal Mint has declined to describe in detail. It is this feature that makes the coin “impossible” to forge, according to Gordon Summers. Some have speculated that it could be a small scannable chip of some kind, only detectable by certain machines.

300 million of the new coins were released on Tuesday, with more being fed out throughout the next year. Both old and new £1 coins will be in circulation for around 6 months, with the old coins ceasing to be legal tender on 15th October 2017.