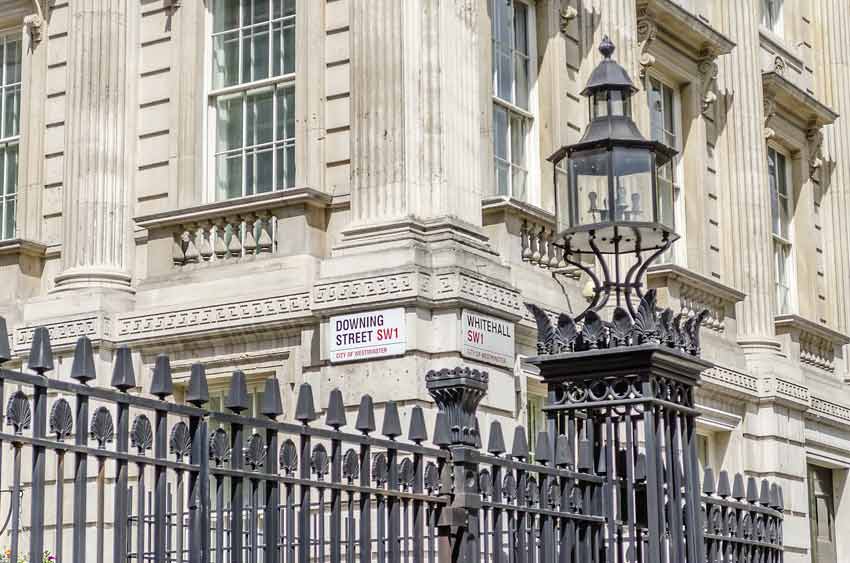 In the aftermath of one of the most controversial budget’s in memory, Prime Minister David Cameron has given George Osborne his full support. This news comes in spite of the fact that the Budget has led to the resignation of a cabinet member, a conservative rebellion, and also leaves around £4.4bn unaccounted for.

A spokeswoman for Number 10 has stated that the PM “absolutely” supports the chancellor’s decisions in the March Budget.

In response to being asked if the chancellor had “played a blinder” she said:

“I think the prime minister recognises that, as a government both under the last parliament and this parliament, we have faced challenging global economic circumstances.

“We’ve faced a big deficit and debt to bring down and therefore tough decisions about how we are a country that lives within its means. He has worked very closely with the chancellor and other ministers on that to date and will continue to do so.”

The Labour party is trying to call Osborne to the House of Commons in order to answer an urgent question in relation to his decision to change his policy on PIP (Personal Independence Payments) reforms. The reforms were set to save the government around £4.4bn by the end of the parliament and around £1.8bn by 2018.

The Speaker of the House has accepted the question but the Treasury is allowed to decide which minister is present to answer the questions. George Osborne is expected to attend parliament on Tuesday to close the debate over the Budget but it is as of yet unclear whether or not he will be attending on Monday. It is understood that he is likely to be present for the prime minister’s EU statement, which takes place immediately after the urgent question.

The spokeswoman also went on to say that the budget would not be revised in the wake of the staunch opposition that it has been met with.

David Davis, who ran against David Cameron for the conservative leadership back in 2005, has said that any hopes that Osborne may have had of being leader of the conservative party have “sunk without a trace” in the wake of this budget.

One conservative MP has said that she and a number of other MPs had warned Mr Osborne about his proposed changes to PIP.

Karen Lumley has published the letter that she sent, which warned that the cuts in the Budget ran the risk of appearing to be a “sustained attack on disabled benefits by the government” and could cause irreparable damage to the government’s reputation.

The letter shows that Mr Osborne had been told of the concerns that numerous tory backbenchers held over the planned cuts, but that he chose to push on anyway.

“We are writing to you as a small group of colleagues to raise concern about the proposed changes in personal independence payment criteria. Many colleagues will have been surprised by the response to the recent ESA [employment and support allowance] WRAG [work-related activity group] benefit, which has led resulted in large amounts of personal abuse towards colleagues.

“Coming so soon after the ESA changes, we are concerned that further changes to PIP will be seen as a sustained attack on disabled benefits by the government. This is very concerning for the impact it will have on disabled people, but it also feeds into a wider narrative that the Conservatives are trying to balance the books on the backs of the most vulnerable.”

The letter went on to say that although they knew that the cuts did not actually represent such an attack, it would be nearly impossible to convince the public of that fact.

Many critics have been quick to point out that the new work and pensions secretary had posted on Facebook to defend the ESA cuts.

“Any disabled person who is unable to work due to ill-health or disability is in the support group of ESA. They are wholly unaffected by the change, as only those who are fit to work and actively seeking work are included in the work related activity group.”

Pressure is mounting on both the prime minister and the chancellor to revise their position of attempting to protect pensioners at all costs; Iain Duncan Smith has said that it was this position that led to his resignation. However, the Guardian newspaper has quoted a cabinet source as saying that Duncan Smith had not raised this issue before, but did say that Theresa Villiers had done so.

One area that many ministers want to look at is the so-called “triple lock” on pensions, which has led to rates rising by 2.5% even though inflation has barely risen.

The spokeswoman said that the government remained committed to that particular policy.

She went on to announce that the government would not be opposing two amendments to the budget- the scrapping of the tampon tax and the freezing of VAT on solar panels.

These two policies have resulted in an unlikely partnership between Labour MPs and cross-party eurosceptics, both arguing that the taxes should not be forced upon the UK by the EU. Since then, the prime minister has secured an agreement from the EU Commission that he will be able to scrap tax on sanitary items, although this will not be secured in time for the Budget vote.

The Resolution Foundation think tank has said that these PIP changes have knocked George Osborne off course to be able to reached his target of a £10bn surplus in 2019-20.

“The government’s decision to back away from changes to disability benefits last Friday isn’t the end of difficult decisions emerging from the budget.

“The issue now is how that gap is filled, with the danger being that the Treasury pushes DWP for more cuts to working-age benefits that are already being stripped back significantly over this parliament.”