Bell is part of the Admiral Group. Established in 1993, Admiral Group has grown to become one of the biggest players in the UK car insurance sector, and now has a presence in eight other countries.

Admiral Group is well known for winning awards for their workplace culture, having won a slew of accolades each year since they were established. The company is headquartered in south Wales and is one of the biggest employers in the area.

Bell can feed off of the decades of experience that Admiral Group has in the sector, whilst offering its own products and services catering for its own specific slice of the market.

What types of cover does Bell provide?

Bell offers a unique insurance option for young or inexperienced drivers with the use of their Plug and Drive device.

The Plug and Drive device plugs in to the 12 volt socket in your car and monitors your driving style and habits, similar to other telemetric-based insurance policies.

However, unlike other policies which require a black box to be fitted permanently, you’ll only need to use the Plug and Drive device for the first 6 months of your policy.

With a Bell policy there are no mileage restrictions, and you can drive wherever you like, whenever you like, without any monthly limits. Bell also promises not to penalise you for your driving, and won’t bump up prices during the term of your policy.

If you’re a young or inexperienced driver, you’ll most likely have to pay much higher premiums due to the mistakes of other drivers in your demographic. If you’re confident that you’re a safe driver, then having a black box installed on your car can give you a much fairer price for your insurance.

Bell aims to take the hassle out of telemetric-based policies by allowing you to use a convenient Plug and Drive device which you only need to use for 6 months. Additionally, their policies are less restrictive than those of other insurers when it comes to mileage limits and when (or where) you can drive. 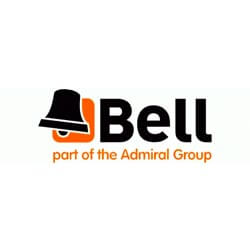